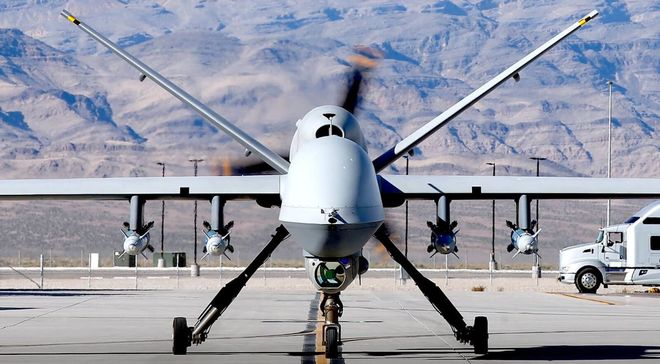 MOGADISHU, Somalia – Three Al-Shabab senior commanders were killed in joint covert operations by Somali and US military in Somalia after a deadly attack in Mogadishu on Saturday, Garowe Online reports.

Somalia’s State Media reported that the country’s elite forces backed by US soldiers conducted two airstrikes against the group in the vicinity of Kunyo-Barrow and Ali Barrow areas in southern Somalia [Saturday and Sunday].

The airstrikes have been carried out in revenge for 79 people killed in a truck bombing at Ex-control Afgote junction in the capital on Saturday morning in the deadliest single attack in the country this year.

There has been no comment from US military’s Africa Command [AFRICOM] about the airstrike.

Two Turkish construction Engineers also killed in the blast while at least 148 people sustained a variety of wounds with 16 out of 45 in critical conditions were airlifted to Turkey on Sunday for proper treatment.

Until now, no group has claimed responsibility for the suicide attack, but, Somali President Mohamed Abdullahi Farmajo pointed the finger of blame at the Al-Qaeda-linked militant group Al-Shabab.

The explosives-laden truck struck a vehicle carrying Turkish Engineers at the security checkpoint in Ex-control Afgoye in Mogadishu during the morning rush hour, turning to area into blood and debris.

Somalia relies on the help of its allies of AU and US forces as partners in the fight against Al-Shabab, which is waging a deadly insurgency for a decade to oust the government despite defeats in the battlefields.

Many residents headed to the city's largest hospitals on Sunday to donate blood. A Turkish military plane arrived in the capital on Saturday evening carrying a medical team and medicines to help the victims.

Al-Shabaab has been fighting for supremacy in the country on the Horn of Africa for years. They control large areas in the south and center of Somalia and repeatedly attack security forces and civilians.