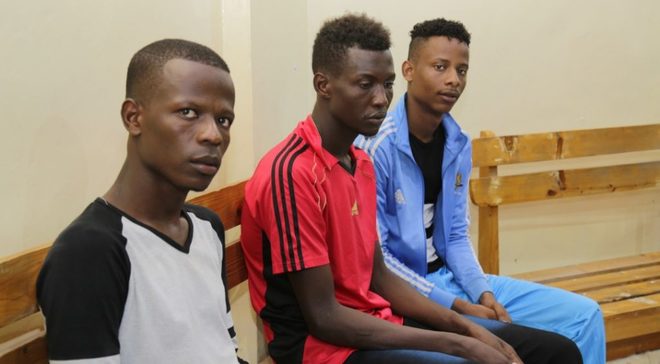 MOGADISHU, Somalia – A military court in Somalia has sentenced a militant for masterminding a car bombing that killed 12 people and injured 7 in Mogadishu exactly a year ago, Garowe Online reports.

The extremist, Hassan Ali Moalim will face the firing squad for a being the driver of a car fitted with explosives that were detonated at Kawo-Gudey, a bustling market in the capital on 26 Nov. 2018.

Moalim who was a veteran member of the al-Shabab extremist group had been arrested within days of the bombing and sentenced to death on 12 September 2019, according to the tribunal officials.

The explosion was one of the most devastating single strikes by Islamic militants in last year.

A Somali military judge said that another militant identified as Sayid Ali Aden has been slapped with life in jail sentence after he was found guilty of smuggling explosive-filled vehicles into the capital.

The court acquitted a third suspect in the car bombing.

Death sentences have been carried out increasingly often in the unstable Horn of the African nation in recent years, with 24 executions in 2017 and more than that number in 2018.

The ascend executions concern the International human rights groups as Somalia’s Federal Government based in Mogadishu receives significant military assistance from the United States and the UK.

After losing swathes of territory in recent years to Somali and AU troops, Al-Shabab shifted its war tactics by using improvised explosive devices as a weapon to carry out deadly attacks in the country.