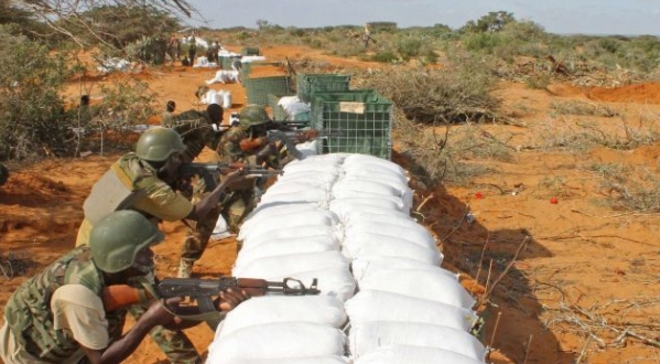 Local residents, who requested anonymity confirmed to GO that they heard blasts and sustained gunfire after armed extremists raided army base belonging to Kenya Defence Forces [KDF] in Fahfahdun village.

Fahfahdun lies on the outskirts of Bardere, about 400Km southwest of Somalia capital Mogadishu.

The attack on the KDF camp in Somalia has sparked a heavy gunfight with casualties being reported from both sides, however, the number of the fatalities have not yet been established.

Sources said Al-Shabaab fighters attempted to lay siege on the base, but, were overpowered and successfully repulsed by the KDF. The situation has so far returned to normal.

The assault came days after the militant group has claimed to have killed at least 59 Ugandan soldiers in car bombs and a gun raid on AU military base in Bula Marer area in Lower Shabelle region last Sunday, April 1.

The East African country provides the biggest contingent of soldiers to the AU force which is helping the UN-backed Somali Government drive out Al-Shabab from the major towns.