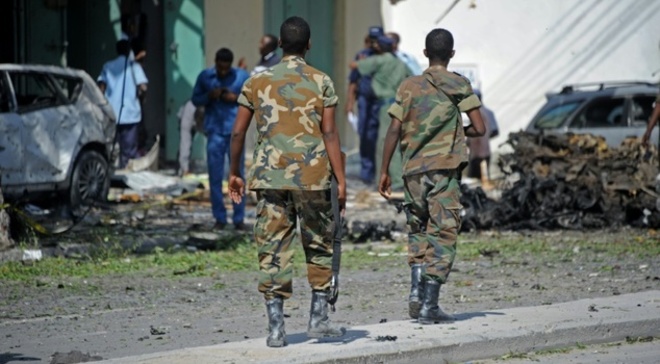 According to local administration officials, the allied soldiers conducted house-to-house operations in the town, whereby close to dozens of people linked with the terror group Al Shabaab were arrested.

Somali National Army (SNA) soldiers and AU peacekeepers could be seen deployed in some of the main street junctions in the district, searching vehicles and people during the dawn security operations.

Col Mohamed Isack, a senior police officer in the town said the detained suspects are currently held at a police station for interrogation and will be brought before a court immediately when probes conclude.

Isack added the sweep was aimed at ensuring peace and security in the city by flushing out the Al Shabab elements following murder of 2 top officials, including a district commissioner in bomb attacks.

Burhakabo has seen an increase of attacks, including targeted assassinations over the past couple of months, as the militant group Al Shabaab intensifying raids to disrupt the ongoing elections.