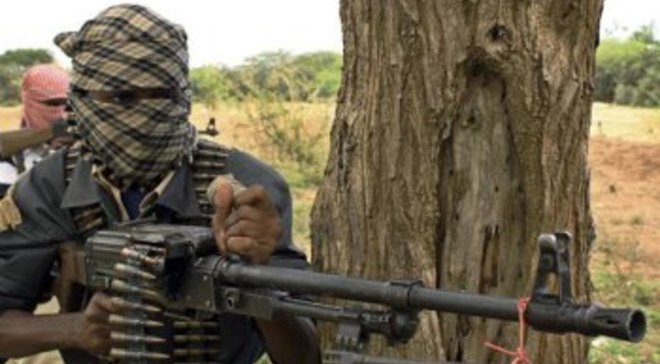 GARABAHAREY, Somalia- At least three people were reported to have been killed, and several others wounded in a fierce fighting between Somali soldiers, backed by Ethiopian troops and al-Shabaab fighters in Gedo region on Monday, Garowe Online reports.

Osman Nur Hajji, deputy Governor of Gedo region in charge of security, confirmed to GO that the battle erupted after the militants attacked the allied forces when they were clearing IEDs near Birta Dheer area.

Hajji added that al-Shabaab fighters have been repulsed and suffered a grave loss during the skirmish occurred in the outskirts of Garbaharey, the regional capital of Gedo region, in southwest of Somalia.

Sources indicated that soldiers were among those killed in the fighting.

Local residents reported loud explosions thought to be land mines, and heavy gunfire as result of the confrontation. There was no statement from both Somali government and al-Shabaab regarding to the latest clashes.

Al-Shabaab has intensified its attacks over the past months, after the group lost major ground to the Somali government forces supported by the African Union Peacekeeping troops in Somalia (AMISOM).