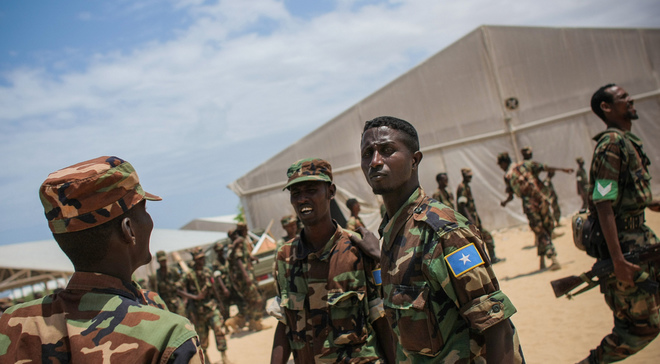 Security sources disclose that fears of imminent clashes gripped residents of Awdhegle and Qoryoley, with the latter’s residents fleeing homes.

On the other hand, Lower Shabelle region town of Qoryoley witnessed similar pullout.

As of Thursday morning, people were fleeing homes over possible confrontations for the control of the strategic town.

A week ago, militants killed over a dozen African Union peacekeepers in deadliest raid in Lego.

Pro-Al Shabaab media reported that militants are heading towards the vacated areas.