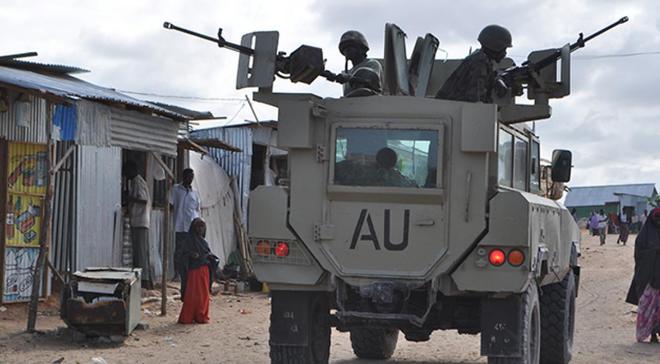 QORYOLEY, Somalia- At least two civilians were killed and 8 others wounded after a pre-dawn mortar shelling from African Union forces (AMISOM) struck houses and a mosque in Qoryoley district in Lower Shabelle region, Garowe Online reports.

A resident, speaking on condition of anonymity, told GO over the phone that several worshippers sustained wounds in a mortar shell landed in the mosque during the Fajar prayer.

He added AMISOM forces stationed outside Qoryoley were responsible for the mortar barrage, in response to an Al Shabaab attack on military bases in the town, about 120 km southwest of Mogadishu.

"Several rockets were fired at the town earlier on Sunday morning and killed at least two civilians, and injured eight others, some with critical wounds were admitted to hospital," he added.

However, the rest landed in civilian houses, causing heavy losses, the resident said.  Al Shabaab fighters and Somali government forces engaged in a deadly battle before the bombardment.

So far local administration officials and AMISOM were not immediately available to comment on the deadly gunfight and the mortar shelling in Qoryoley town.