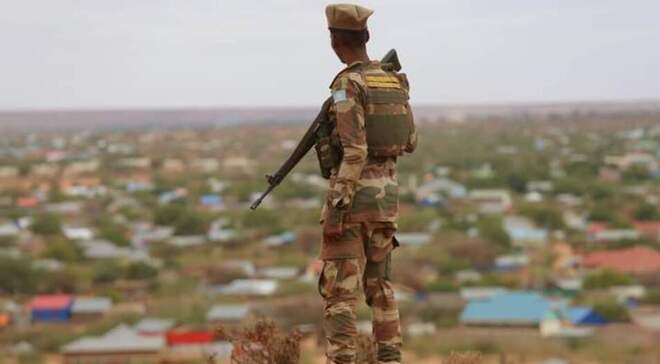 MOGADISHU, Somalia – Somali army units on Tuesday continued to raze the hideouts of the Al-Qaeda-linked armed Al-Shabaab group in the south of the country, inflicting heavy losses upon them, the military said.

One military official, speaking on the condition of anonymity because he was not authorized to discuss the operation publicly, said Al-Shabaab has been using the area as a customs office to extort transport.

Since Farmajo’s election as president in February 2017, the military has been threatening to unleash a large-scale military operation against the militants, who have launched increasingly bloody attacks.

In response to the frequent bombings, the army has in recent months intensified huge operations in the southern regions against Al-Shabaab extremists, who have been staging ambushes and planting landmines.

The general said that despite initial resistance, his forces destroyed several of the militants' bases and vehicles they have been using to transport fighters, and they recovered ammunition.

The operations came after President Trump has told top advisers he wants to withdraw U.S. troops from Somalia even though the country remains beset by Al-Shabaab insurgents linked to the Al-Qaeda network.

Trump’s pull-out plan has left Somali President Mohamed Abdullahi Farmajo in a big shock since the American forces in the country estimated 650-800 are vital for the long-running war on Al-Shabaab.

“The United States military support to Somalia has enabled us to effectively combat Al-Shabab and secure the Horn of Africa. A victory through this journey and for Somali-US partnership can only be achieved through continuous security partnership and capacity building support,” Farmajo tweeted.

Shortly after assuming office, Trump began sending more forces to Somalia by mid of 2017 as part of counterterrorism efforts. U.S. soldiers on the ground helping train and advise the Somali army’s Danab unit.

Security experts fear that U.S. troop withdrawal could give Al-Shabab a chance to make a comeback with the African Union peacekeeping mission [AMISOM] is scheduled to fully exit by the end of next year, 2021.