Somalia: Death toll from twin blasts in Baidoa rises to 17 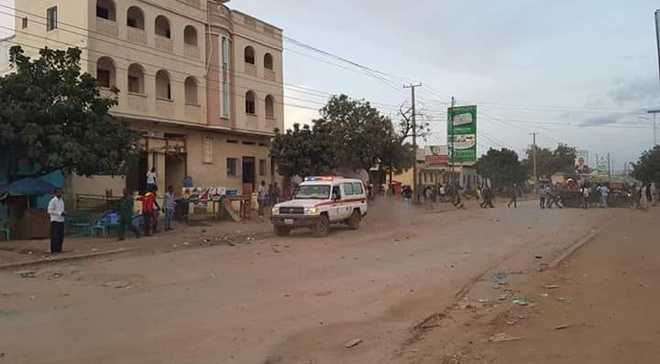 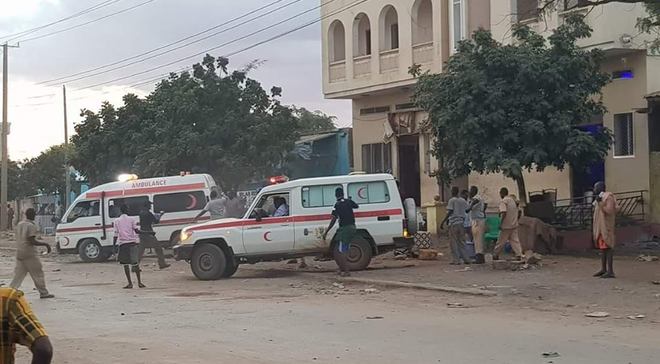 BAIDOA, Somalia - The death toll from two blasts in the heart of Baidoa of the Interim Southwest state capital on Saturday evening reached at least 17, with 70 wounded, Garowe Online reports.

The first blast came when a hand grenade bomb was hurled at Bilan hotel, which is frequented by regional lawmakers, politicians and other members of the city's elite, according to police sources,

The officials said a second explosion was heard in the nearby area minutes later after a suicide bomber blew himself up inside a busy restaurant, causing high casualties.

The death toll is expected to rise as some of the wounded are reported to be in critical condition who are currently being treated in the local hospitals.

Al-Shabab, the Al-Qaeda-linked Islamist group has claimed responsibility for the twin bombings, saying it targeted a hotel belonging to former Somalia's Finance Minister Mohamed Ibrahim Farkeeti and an army barrack.

The extremist group said at least 20 people lost their lives in the bomb attacks.

However, Garowe Online could not independently verify the claim as the local authorities are yet to comment on the incidents in Baidoa, situated about 250 kilometers by road northwest of the capital Mogadishu.

Saturday's deadly blasts come as the city is flooded with candidates, including former Al-Shabab deputy leader, Mukhtar Robow vying for Southwest State president in an upcoming election slated for next month.