​Somalia: At least 15 killed in car bomb explosion in Mogadishu 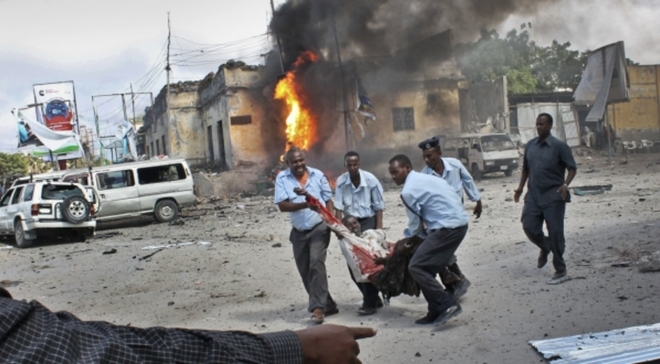 MOGADISHU, Somalia- At least 15 people have been killed and 20 wounded in a car bomb blast in the Somali capital of Mogadishu on Sunday, Garowe Online reports.

The car blew up in the city's northern Deynile district, security officials say.

The blast which was aimed an army convoy carrying senior Somali military commanders ripped through a passenger bus and damaged several shops and food stalls near the Defense Ministry headquarters.

according to sources, Somalia's military chief Ahmed Mohamed Irfiid was the main target, and he escaped the attack unharmed but at least five soldiers are feared dead.

The death toll is likely to rise because of the number of seriously injured. No group has claimed responsibility, although al-Shabab militants are likely to be the prime suspects.

This was the latest in series of major attacks in the capital in the past weeks, as the militant group al-Shabaab has vowed previously to continue attacks against the Federal government.