Somalia: At least 3 militants killed in attack near Qoryoley district 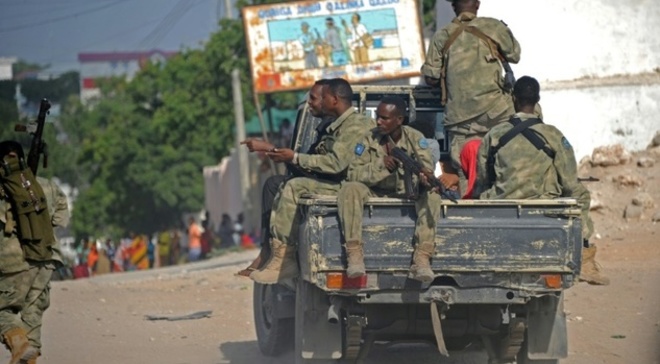 Local residents said the militants raided a base manned by Somali government forces, leading to a fierce gun battle that lasted for several hours, however, the forces managed to repel the Al Shabaab attackers.

Ali Waal, the district Police commissioner of Qoryoley has condemned the Al Shabaab attack on the army base while at the same time commending the government forces for keeping the militants at bay.

"Somali Government forces, with the support of AMISOM troops have repulsed Al Shabaab in Qoryooley attack in the evening, killing at least three fighters, and seized their AK-47 riffle assaults," he said.

Qoryoley, which is an agriculture-rich town in Lower Shabelle, about 120 km south-west of Mogadishu was recaptured by Somali and African Union forces back in 2014, following a joint military offensive against the militants.

In another incident, Al Shabaab militants was reported launched an attack against a base belonging to Burundian soldiers of AMISOM contingent at Arbacow area near Somali capital of Mogadishu on Saturday night but no casualties were reported so far.

Al Shabaab has recently intensified attacks against Somali security forces and AMISOM in the past months, as it vowed to continue their fight to topple the western-backed Somali government in Mogadishu.