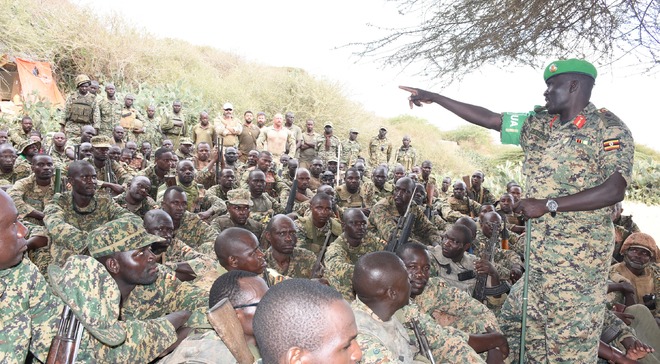 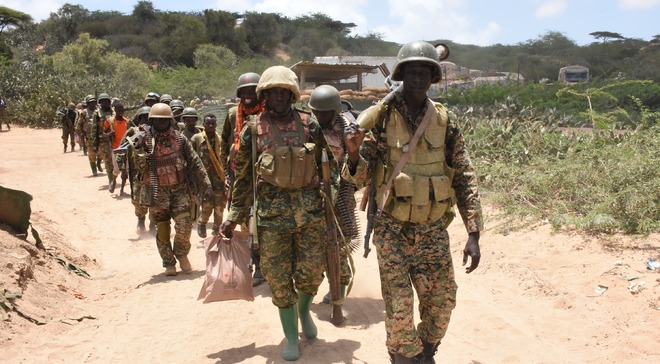 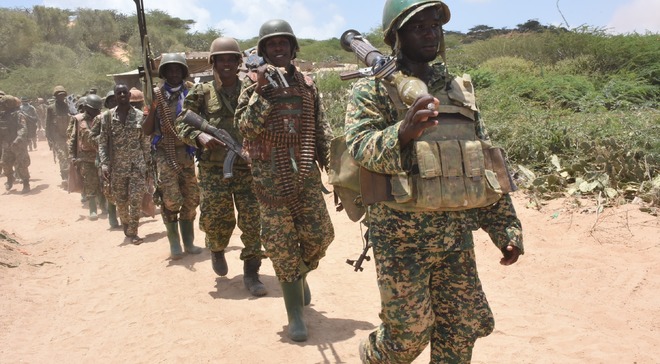 MOGADISHU, Somalia - The Africa Union Mission in Somalia [AMISOM] has celebrated Monday's liberation of Janaale town, terming it "major victory against terrorism" in the war-torn nation.

In a sophisticated joint operation with Somali National Army [SNA], AMISOM troops raided the agricultural town which has been hosting Al-Shabaab for several years, subsequently liberating after several hours of a gunfight.

Until now, the number of casualties is yet to be established, although multiple sources within SNA hinted massive deaths on Al-Shabaab, who later on abandoned the town amid a fierce gunfight.

Commonly known as "judicial" capital for the Al-Shabaab, the town has been harboring deadly Amniyat brigade, which is in charge of executions. In fact, not far from the scene, the militants had killed over 25 SNA troops at El-Salini military base last month, authorities said.

Brigadier Richard Otto, the Sector I and Uganda contingent commander, lauded the troops for the successful joint mission. Roughly, the town hosts close to 30,000 locals, mainly peasant and large scale farmers, he said.

With SNA and AMISOM now in charge, he added, Al-Shabaab would lose a significant amount of revenue, collected as tax from the residents in the last decade. The town is located in the delicate Lower Shebelle, 55 miles from the capital, Mogadishu.

Lt. Gen. Tigabu Yilma, the AMISOM force commander would later reveal that "several Al-Shabaab were killed in the successful operation" while lauding the ground troops for "well planned" assault against the militants.

“AMISOM jointly with Somali Security Forces have minimized the threat posed by Al-Shabaab in the larger territory of Somalia hence their fighting capability has been reduced into small scale attacks on isolated targets,” he revealed.

The Deputy Head of Mission for AMISOM, Simon Mulongo, congratulated SNA and AMISOM for their commitment to restoring peace, security, and stability in Somalia.

“The liberation of Jannale is a major win against terrorism in Somalia. This will destabilize the operations of Al-Shabaab who continue to destroy lives and properties," he said. "Increasingly, Somali Security Forces are taking the lead in efforts to degrade Al-Shabaab."

The capture of Jannale is in line with the revised AMISOM Concept of Operations [CONOPS 2018-2021] and the Somali Transition Plan. According to the plan, the force would officially leave by 2021.

Upon their exit, the Somali National Army [SNA] is expected to assume full security responsibilities, to secure a country that has not had a functional government since 1991. By the end of this month, at least 1,000 AMISOM troops are expected to leave, officials said.

Before Monday, AMISOM had successfully captured Sabiid-Anoole in April 2019, Bariire in May 2019, and Awdheegley in August 2019. As part of measures to secure the coastal areas, the town of El-Saliini was also captured by the joint forces in June 2019.

While thanking the troops, PM Hassan Ali Kheire said "today's success would not have been possible without the ultimate sacrifices by our African brothers and sisters in AMISOM".

SNA, he added, "will gradually take over the mandate to keep law and order". This, he noted, will be followed by the establishment of local administrations and the arrival of government and international actors to partner in overall stabilization.

Al-Shabaab has been drastically degraded despite its ability to execute sporadic attacks. The US, however, described it as a "dangerous group", adding that "we shall continue attacking their bases".