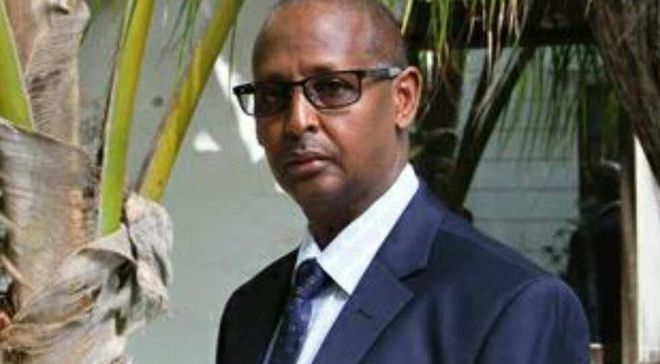 MOGADISHU, Somalia - The Cabinet Ministers of Somalia's Federal Government have on Monday announced the appointment of new commanders of the Police Force and Intelligence Service, Garowe Online reports.

Hussein Osman Hussein, known as [Hussein Ur Kus] as the new chief of NISA - the National Intelligence and Security Agency while General Bashir Mohamed becomes the new Police commander-in-chief.

Hussein served as the Deputy Minister of Health.

The Cabinet has reinstated General Bashir Mohamed Jama [Bashir Goobe] and appointed him as head of the Custodial Corps.

The new appointment came following an extraordinary meeting held at Villa Somalia, the Presidential Palace in Mogadishu by the Council of Ministers.

The Police and Intelligence have been without commanders since last October after former chiefs were sacked following the country's worst-ever truck bombing at Zoobe junction which killed 512 people.