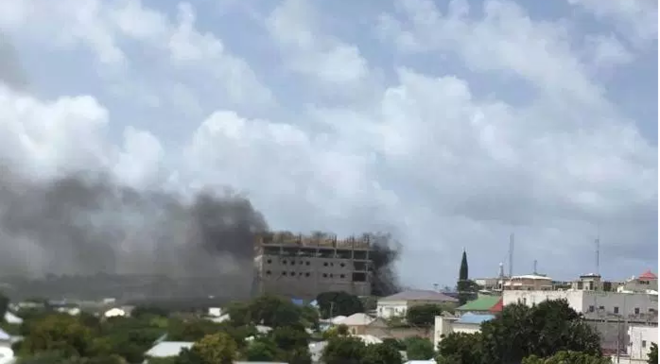 MOGADISHU, Somalia - A powerful explosion was heard on Saturday morning in the heart of Mogadishu, the Somali capital amid tight security, Garowe Online reports.

Ahmed Hassan, a Somali Police officer at the scene confirmed to Garowe Online that an explosives-laden vehicle was exploded at a security checkpoint outside the headquarters of the Ministry of Interior.

The blast which was heard across the capital has sent a plume of thick smoke into the sky as ambulances arrived in the area of the attack and taken the wounded to nearby hospital, according to the witnesses.

Al-Shabaab has claimed the credit for the attack, saying its attackers stormed the ministry's compound and still fighting inside.

Details of the casualties are still sketchy.

This is a developing story, more to come soon.