Somalia: Car bomb explodes near a popular hotel in Mogadishu 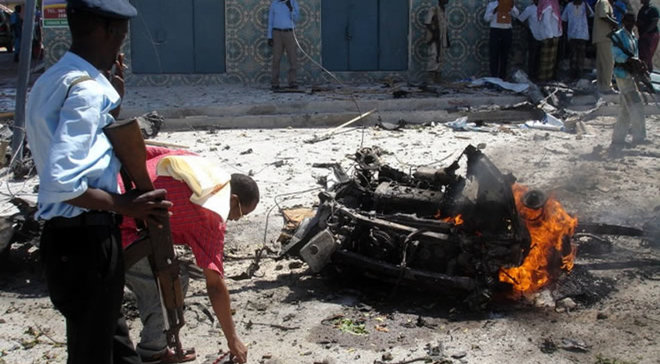 MOGADISHU, Somalia- A loud explosion was heard outside a busy restaurant near Nasa Hablod hotel in the heart of Mogadishu on Friday noon, Garowe Online reports.

Witnesses said a car packed with explosives was detonated between Banooda restaurant and Nasa Hablod hotel located around the heavily fortified Somalia's Presidential Palace in the capital around 1:40 P.M.

A large white plume of smoke was visible in the air as Mogadishu ambulances rushed to the scene and carried away the wounded to nearby hospitals for medical treatment.

The details of the casualties and target of the car bomb is yet unclear. No group has yet claimed responsibility for the attack, which becomes the second car bomb in Mogadishu in a day.