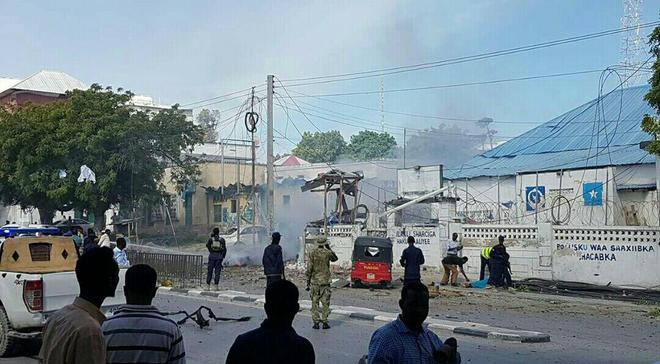 MOGADISHU, Somalia- A Somali police station in the heart of Mogadishu was targeted on Thursday by a powerful car bomb, leaving a number of police officers dead, Garowe Online reports.

The car laden with explosives was detonated at the entrance of the Waberi district police complex, officials said. The blast also damaged nearby commercial buildings along Makka Al Mukarama street.

The blast was followed by a heavy gunfire, as security forces cordoned off the area around the Police station. No group has yet claimed responsibility for the car bomb attack.

Civilians were reported to be among the casualties of the attack.

There were no immediate details on casualties, but ambulances have been sent to the scene. Photos taken from the scene showed a plume of white smoke rising from the building.