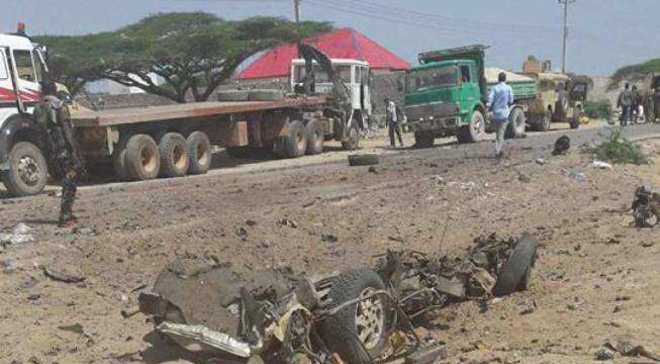 Capt. Ahmed Hassan confirmed to GO that the car bomb went off as the security forces were searching cars at the checkpoint in Siinka Dheer area, which lies about 15 kilometers northwest of the capital.

At least two people, including the bomber died in the blast, while several others were injured and transported to the medical facilities in Mogadishu for treatment, according to Hassan.

The death toll is expected to rise as some of the wounded are in crtical condition, he added.

The Al-Qaeda linked Islamic extremist group Al-Shabaab has immediately claimed the responsibility for the attack, saying it has killed and wounded more than 20 Somali Intelligence soldiers.

Somali Federal Government is yet to comment on the car bomb attack, which was the latest in a series of recent terror strikes in the capital by the extremist group.