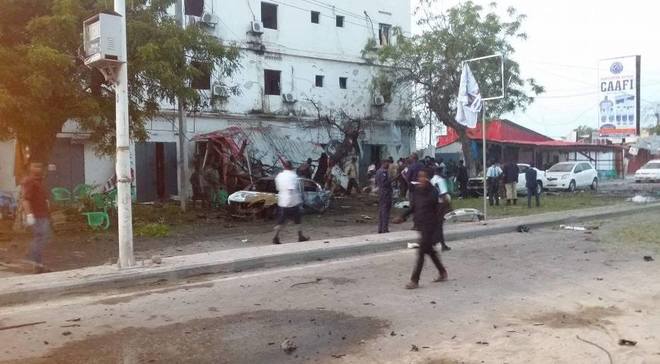 MOGADISHU, Somalia - A huge explosion was heard in the Somali capital Mogadishu on Thursday, followed by big clouds of smoke visible in sky, Garowe Online reports.

The witness said the cause of the blast was a car bomb detonated at London Gate restaurant, located near Peace Garden in Mogadishu's Hamarweyne district.

In the aftermath of the blast, Security forces cordoned off the scene, as ambulances transported the wounded victims to the nearby hospitals, to receive medical treatment.

No group has yet claimed responsibility for the attack, but, Al Shabaab militants often carry out such car bombings in the capital, to try to topple the UN-backed Somali Federal government.