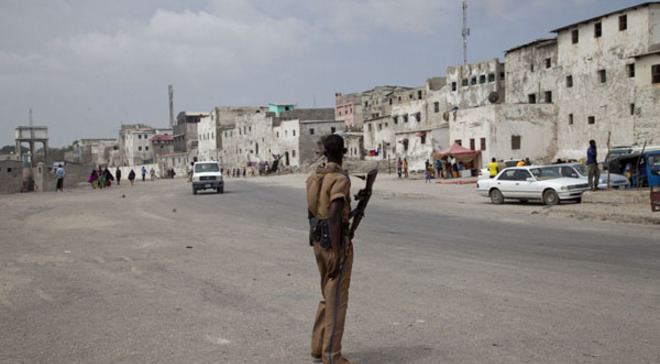 MOGADISHU, Somalia - At least one person was killed, and several others were injured in a Car bomb explosion in Somali Capital, Mogadishu on Wednesday morning, Garowe Online reports.

An  Intelligence officer identified as Omar Abu Shiine, was confirmed dead after a bomb fitted into his car exploded at Mana Bolyo junction in Mogadishu's Bondhere district, while driving to his workplace.

The official was a member of Somalia's National Intelligence and Security Agency (NISA), and has been operating in Mogadishu's Aden Adde International Airport, according to the eyewitnesses.

Two more people have been wounded in the car bomb blast and taken to a hospital for treatment. The incident was the latest in a series of attacks by Al shabaab in the seaside city over the past few days.