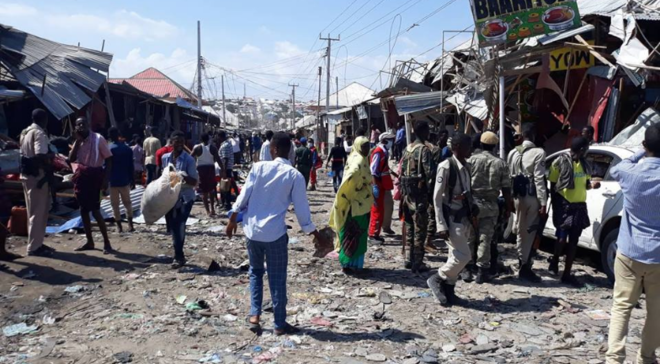 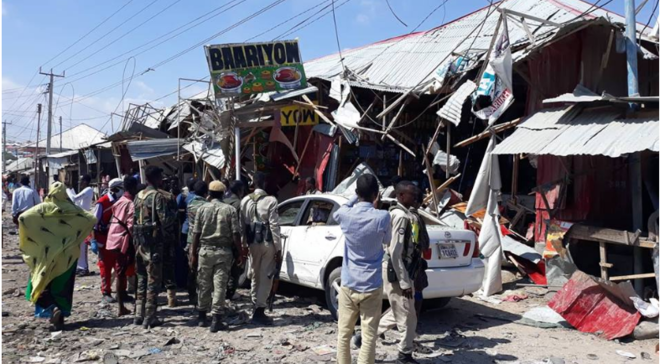 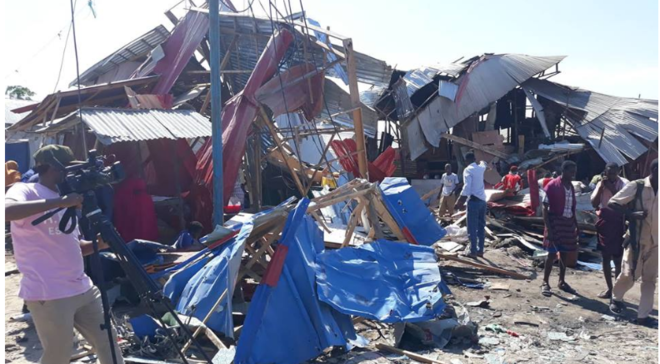 MOGADISHU, Somalia - A huge car bomb has killed at least 8 people and wounded 15 others in Somalia's capital, Mogadishu on Monday, the second such attack in the seaside city in this month, Garowe Online reports.

The blast ripped through a busy Khat market in Kuwo-Gudey area south of the capital's Wadajir district. The attack happened at around 12:30 p.m. local time.

Witnesses said Somali Police intercepted the explosives-laden vehicle as it tried to speed through the main security checkpoint and subsequently went off during the search, killing eight people.

Somalia's National Intelligence and Security Agency [NISA] the police nabbed the driver of the car and have been taken into custody, where he is currently being questioned about the explosion and his target.

There was no immediate claim of responsibility for the blast, but, the extremist group Al-Shabab often stages deadly bombings in Mogadishu as part of its insurgency to oust the UN-backed Somali government.

The market was targeted with a similar car bomb last year by Al-Shabaab.

Monday's blast comes a few hours after Al-Shabaab gunmen stormed a religious centre in the central town of Galkayo, killing a controversial cleric, Abdiweli Ali Elmi and 17 of his followers in the attack.

While Al-Shabaab has now lost all its urban footholds in Somalia it retains the capacity to launch deadly attacks, with cells operating in border areas along the border with Kenya.