Somalia disowns "own" statement on Ethiopian war in Tigray region 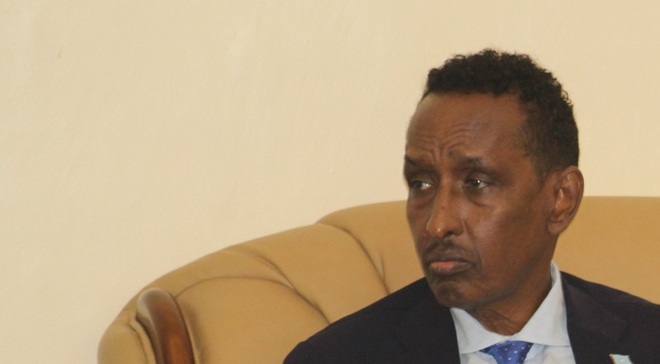 MOGADISHU, Somalia - The Federal Government of Somalia has disowned a statement published by the Ministry of Foreign Affairs over the current crisis in the Tigray region, which has triggered the mass displacement of people besides leading to dozens of deaths following a military intervention.

For almost two weeks now, the Ethiopian National Defense Forces [ENDF] troops have pitched a tent in the disgruntled Tigray region where a heavy exchange of gunfire has been witnessed following the unbowed spirit of the Tigray People's Liberation Front [TPLF] regional forces.

Further, besides pledging to give "full support" for de-escalation of the crisis, Somalia had purportedly given "full confidence" to the embattled Prime Minister Dr Abiy Ahmed, arguing that his efforts to unite the region were worthy recognizing. The statement bore logos of the Federal Government of Somalia.

But in a quick rejoinder, Foreign Affairs Minister Ahmed Awad dismissed the statement, arguing that it was "invalid" thus did not represent views of FGS. Further, he added, the statement did not emanate from the Federal Government of Somalia.

"This is to clarify that there is no official statement from MofaSomalia regarding the situation in Ethiopia. The statement-making rounds do not represent the views of the Federal Government of Somalia, and therefore is not valid," he noted.

Somalia and Ethiopia have had a long history with their relationship at times termed as "fluid". But despite huge differences in the 70s, the two countries have enjoyed a cordial relationship in recent years, with Ethiopia deploying close to 4,000 soldiers in Somalia under the AMISOM team.

President Mohamed Abdullahi Farmajo, Abiy Ahmed, and Eritrea President Isaias Afwerki have been working closely in recent months with critics accusing them of plotting to stay in power for a couple of years despite constitutional limitations. Farmajo visited Ethiopia early this year before heading to Eritrea in September for what he described as a "working trip".

Within Somalia, Ethiopia has been also accused of deploying hundreds of non-Amisom troops with an aim of helping Farmajo get a grip of the Jubaland administration, which he has sought to "dismantle" for a long time. But the troops are said to have been withdrawn last week from Gedo following the Tigray crisis.

By Wednesday, both the Ethiopian National Defense Forces and the TPLF had claimed victory in the ongoing military actions within Tigray. And in Somalia, reports indicated that Tigrayans serving in ENDF were disarmed over "loyalty" issues with reports indicating that over 250 were affected.

The affected troops were recalled back to the bases with sources also claiming that a top commander was affected following the directive. The war in Tigray was triggered by an alleged attack by the TPLF on a base held by the Ethiopian National Defense Forces in the region.

Despite pressure from the international community, Abiy Ahmed has instead insisted that the offensive was "timely", accusing TPLF of a plot to destabilize the country. The PM won Nobel Peace Prize last year for his efforts to bring peace to the Horn of Africa.