Somalia: 'Down with Farmajo' chants rock Mogadishu after shooting of civilians 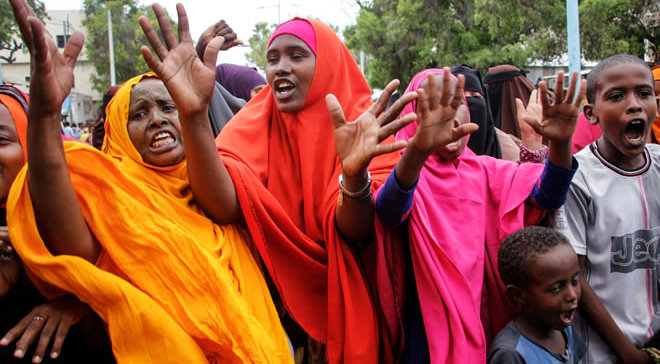 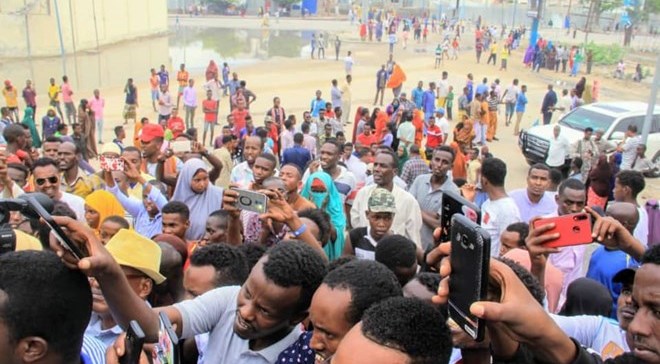 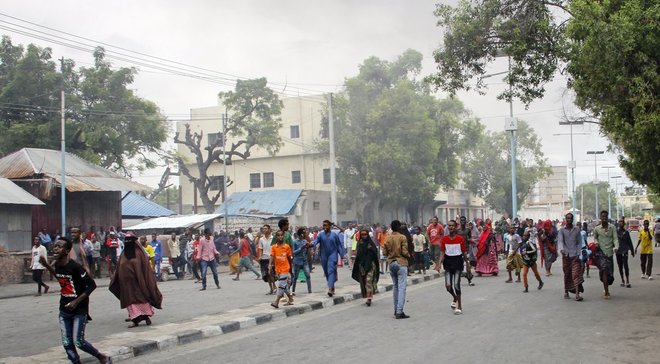 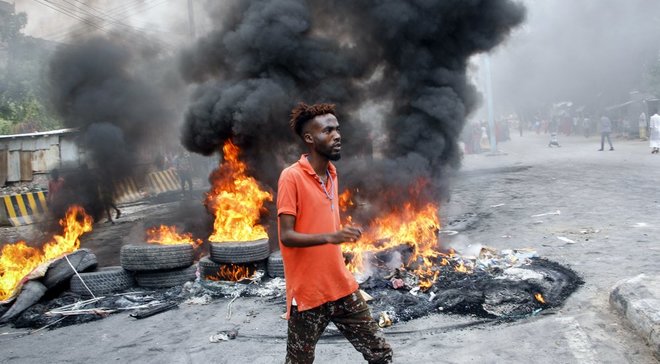 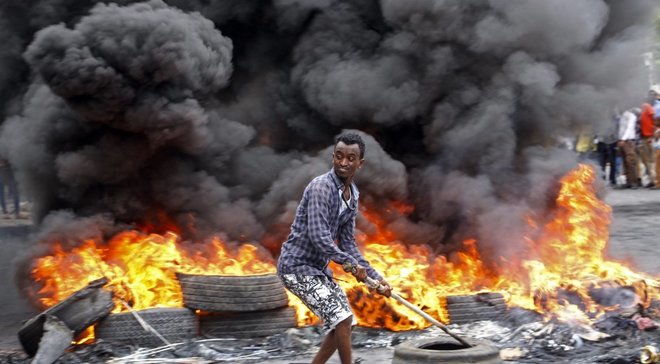 MOGADISHU, Somalia - Hundreds of angry civilians hijacked police vehicles in the streets of Mogadishu on Saturday, just a day after the "unprecedented" shooting of two civilians by armed police, with some calling for the immediate resignation of federal leader Mohamed Abdullahi Farmajo.

Lighting bonfires and blocking key entries to the key city, the protestors, main youths, and some middle-aged men, called for "justice" over the shootings, blaming the police for recklessness in the imposition of the curfew.

A pregnant young woman working as a waiter within the city and a young man who used to repair tires in Mogadishu were the latest victims of the rogue police within Bondhere district, on a Friday night that sent the government into a panicking mode.

But perhaps the culmination of events in the second day of protests was the hijacking of police vehicles by rowdy protestors who made several oscillations with impunity, some chanting "down with Farmajo" as they made their frustrations heard.

Parked to capacity, the demonstrators hurled insults at the federal leader, calling his "incompetent" and asking for his immediate ouster. For some, police were enemies of progress in the city; with chants such as "no police no curfew" renting the air throughout the chaotic Saturday.

Not even persuasions from Omar Filish the city Mayor could let them go as businesses came into a standstill. The federal government had imposed curfew within the city as a precaution to curb the spread of COVID-19.

As of Saturday, Somalia had recorded 390 positive cases, the health department said in a statement. Of that number, 18 people have since died with only eight recovering, as authorities declared the capital as the epicenter.

Hassan Sheikh Mohamud, the former federal president, condemned the shooting, terming them "disheartening" as he cautioned the government from turning Somalia into a "police state" contrary to the rule of law.

"The time-proven democratic principle of the ballot rather than the bullet is what our people are eagerly waiting now," added Sheikh Mohamud, who has since joined the Forum for National Parties [FNP], a conglomerate of six opposition parties.

His predecessor and the leader of the FNP Sharif Sheikh Ahmed, termed the police shooting as "unlawful" in a statement on Saturday, adding that "curfew hours should be revised to allow people adequately prepare".

Police revised the dusk-to-dawn curfew which had been scheduled for 8 pm to 5 am, making it to start at 7 pm, a move which could have triggered the Friday chaos within Jubba junction leading to the two deaths.

Zakia Hussein, the Deputy Police Commander, announced the arrest of the police officer believed to have pulled the trigger. Also fired was Bondhere district police chief Najib Arab, who was accused of "negligence" of duties.

"The particular policeman is detained and will face due process. The curfew has been in place for some time with no incidents and we regret this particular one but it is not a common situation and it is not something that we will tolerate," she said in a tweet.

Police chief Abdi Hassan Hijar reinstated the previous curfew hours while announcing a raft of measures to curb such scenarios in the near future during a press conference which also saw Mayor Omar Filish attending.

The curfew, he said, "will start at 8 pm so that people get ample time to get into their homes as anticipated. Police should not use extreme force while implementing these orders, our main duty is to serve the people".

Besides the curfew in Mogadishu and sections of Puntland, Somalia has also suspended indefinitely domestic and international flights, learning in schools besides enforcing social distancing and mass gatherings as measures to curb the possible spread of Coronavirus.

So far, there are close to 2.8 million infections worldwide of Coronavirus, of which 700,000 people have recovered while 180,000 losing their lives. The US is the worst hit, recording slightly over 50,000 deaths, Johns Hopkins University data indicates.