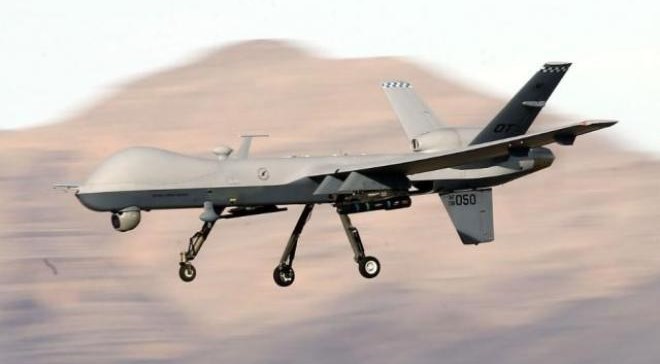 The US drone fired missiles and pounded a convoy carrying members of Al Shabaab commanders traveling in Ilimey, a rebel-held area located in Lower Shabelle region, 130Km southwest of Mogadishu.

Reliable sources in the region confirmed to GO that the airstrike killed five militants after a missile struck their vehicle. The identities of the slain Al Shabaab members have not yet been released.

"A truck carrying members of Al Shabaab was obliterated by the US drone strike, with five fighters on board, including the senior commanders, killed just before sunset," a resident who asked not to be named, told GO over the phone.

Ilimey lies 10Km south of Farsoley town, a main Al Shabaab stronghold, where senior Al Shabaab leaders are believed to be hiding out.

Al Shabaab and Somali government did not comment on the airstrike which is the latest in series of attacks by U.S. military in the country, targeting extremists, including Pro-ISIL faction in Puntland.