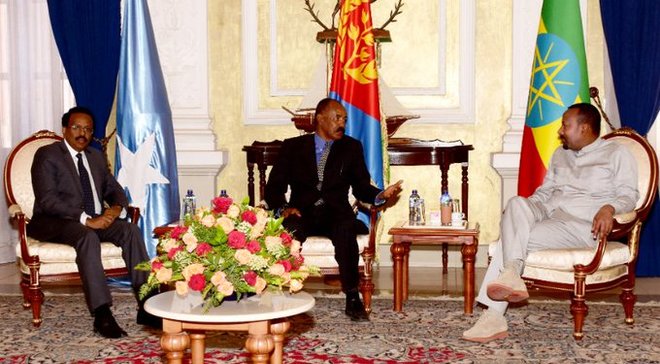 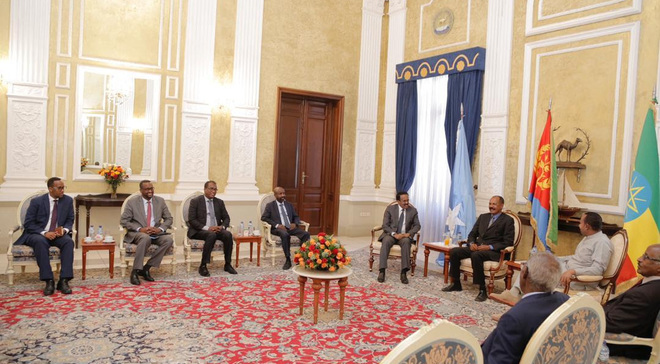 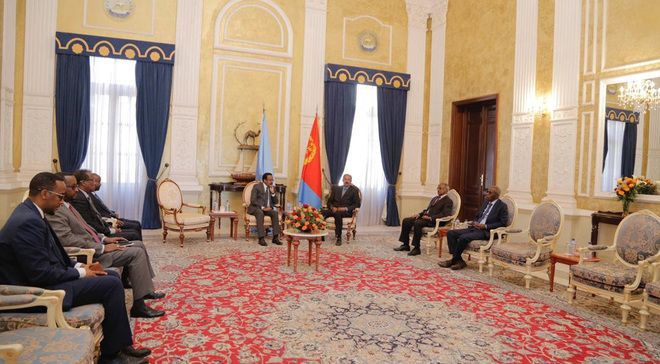 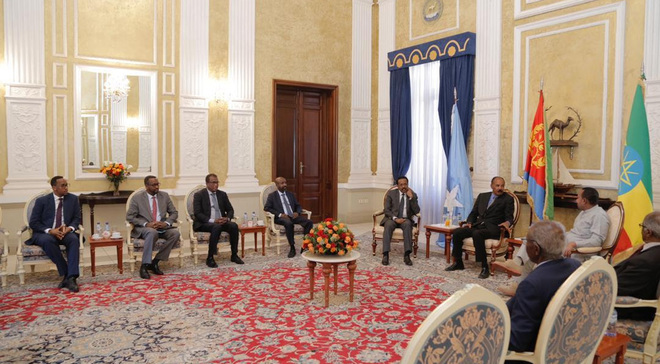 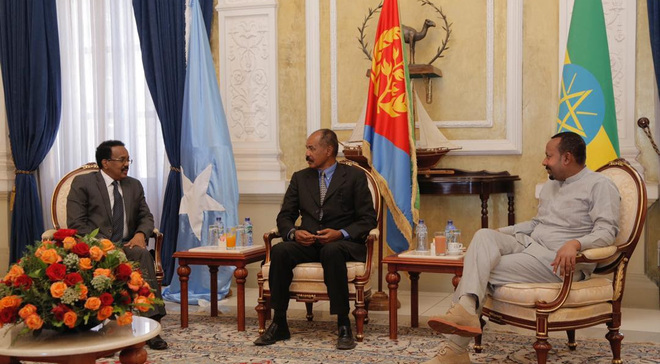 ASMARA, Eritrea - The tripartite cooperation and development in the Horn of Africa dominated joint talks between Eritrea, Somalia, and Ethiopian leaders, a joint communique has revealed.

This is the second time the three leaders are meeting for talks centered around revamping economies for the respective nations.

Abiy Ahmed, the 2019 Nobel Peace Prize winner, is credited for engineering such social-economic reforms within the Horn of Africa, Fana reported.

Implementation of the Tripartite Agreement

The Tripartite Agreement of 2018 was revisited by the three leaders after several hours of closed-door deliberations, the statement added.

In addition, the three leaders "reviewed the outcomes of their considerable joint efforts towards its implementation".

The agreement has been fundamental in opening borders among the three nations thus encouraging cross-border trade.

Initially, the relationship between Eritrea and Ethiopia and to some extent Somalia and Eritrea was grossly strained, hence making the environment for free trade cumbersome.

Fostering integration at the Horn of Africa

To foster integration within three regions, they agreed to adopt Joint Plan action which would focus on consolidating peace and stability, they said.

While Ethiopia is enjoying relative democratic space, it has lately struggled to contain ethnic violence. Over 100 people have been killed.

Somalia is facing Al-Shabaab threat, who have butchered thousands of people for the last decade, with Somalis being the most affected.

According to the statement which was released on Monday, "They also agreed to bolster their joint efforts to foster effective regional cooperation."

Boosting security in the region

Security was one of the major areas of focus, with the three leaders formulating a comprehensive plan to combat common threats.

Terrorism, human trafficking, and drug smuggling were identified as key challenges the region has faced for decades, the statement read.

"On the security front, the three leaders formulated a comprehensive plan to combat and neutralize the common threats they face, including terrorism, arms, and human trafficking and drugs smuggling," it said.

Regarding economic and social development, they agreed to prioritize the mobilization of their bountiful human and natural resources.

This, they said, would build, modernize and interface their infrastructure and develop their product and service sectors.

They also expressed their appreciation for, and their readiness to cooperate with, their friends and partners, on the basis of mutual respect and mutual benefit.

The three leaders agreed to closely consult with their Brothers, Heads of State, for the realization of the aspiration of their peoples for the effective Horn of Africa.

Instructively, Somalia and Ethiopia are set for polls this year, which could lead to unprecedented political changes that may in the long-run affect the cooperation.