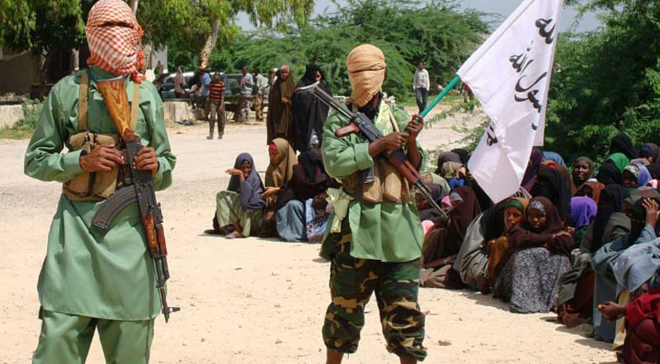 MOGADISHU, Somalia - Somalia on Saturday executed three Al-Shabaab members who are accused of murder and several terror-related activities in the country, in one of the moves that could raise questions about the country's respect for the rule of law and the constitution.

The Somali military court killed the three by firing squad in Mogadishu after they were convicted of murder, in one of the rare act within the country, especially from the military, which is on the frontline in the fight against the militants, who have wreaked havoc in the Horn of Africa nation in as many years.

The military court is popular in Somalia and has this year alone tried and convicted several members of Al-Shabaab and other militia. Colonel Ali Nur [Shute] is the Head of the Military Court and he's credited for helping fight terrorism and crime in the country.

Among those killed was Mohamed Ahmed alias IIka Isse, a college tutor who was convicted last year in Mogadishu of the murder of several officials. He was responsible for numerous assassinations, including 3 army officers, two police officials, and a prosecutor in Mogadishu.

The military court handed down death sentences to the trio, a teacher turned killer, Ahmed Mohamed Hashim, and Salim Said Mohamed in December 2019 after the Al-Shabab assassination team found guilty of series of killings in the Somali capital.

Those convicted of being Al-Shabaab members are handed sentences ranging from life imprisonment to and the death penalty. However, executions are rare in the country, and the convicts end up staying in prison for as many years.

Early this week, the northern breakaway region of Somaliland also executed six people who were convicted of murder. The move has however rattled the European Union, with ambassador Nicolas Berlanga asking authorities to respect the law and human life.

"The EU is deeply saddened by the recent execution of 6 detainees in Somaliland. The EU holds a principled position against the death penalty and is opposed to the use of capital punishment under any circumstances," he tweeted, in a statement that could raise objections from the government.

Al-Shabaab still controls large swathes of rural central and southern Somalia, but joint military operations from the US Africa Command, the African Union Mission Forces, and the Somali National Army have helped to degrade the militants to a larger extent.