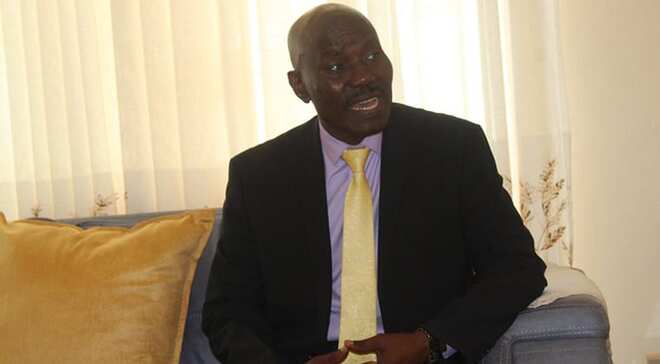 MOGADISHU, Somalia - The relationship between Somalia and Kenya took a nosedive on Sunday over the escalating crisis in Jubaland, which saw regional leader Ahmed Islam Mohamed Madobe warn against elections in the Gedo region, arguing that the federal government had violated the September deal that was signed in Mogadishu.

In a lengthy statement, Somalia asked her envoy to Nairobi Mohamud Ahmed Tarsan to return immediately to allow "more consultation" over the latest differences between the two nations. It's not clear if the envoy has since left Nairobi, where he unveiled new offices last week.

In return, Somalia ordered Kenya's envoy to Mogadishu Lt. Gen [Rtd] Lucas Tumbo to return back to Nairobi, in what seemed like an indefinite expulsion. The ambassador was supposed to leave Mogadishu immediately according to the statement.

The Horn of Africa nation accused Kenya of engineering “overt and blatant interferences” in the internal and political affairs of Somalia. It insisted that Kenya has notoriously been poking nose into Somalia's internal affairs contrary to international conventions.

The statement came hours after Madobe, a key ally of Nairobi, insisted that elections scheduled from December couldn't go on in Jubaland, arguing that the federal government is yet to withdraw troops and hand over several administrations to Jubaland leadership in Gedo. This was one of the agreements in September.

Madobe returned to Kismayo on Saturday after several days in Nairobi. The Jubaland leader helped the Kenya Defense Forces [KDF] to capture several Al-Shabaab strongholds including Kismayo, and the East Africa nation has been using Jubaland as a buffer zone for the Al-Shabaab war.

Kenya has close to 3,500 soldiers who are mainly stationed in Sector II and VI within Jubaland. The troops work closely with the Madobe administration hence the frequent conflict between Kenya and Somalia, which dates back to 2011 when KDF first invaded Somalia.

This isn't the first time Somalia is flushing out the Kenyan envoy given that it also happened in 2019 over the controversial Indian Ocean maritime border. The two countries have also struggled to do business given that Somalia also banned the importation of Khat, a major cash crop in Kenya.