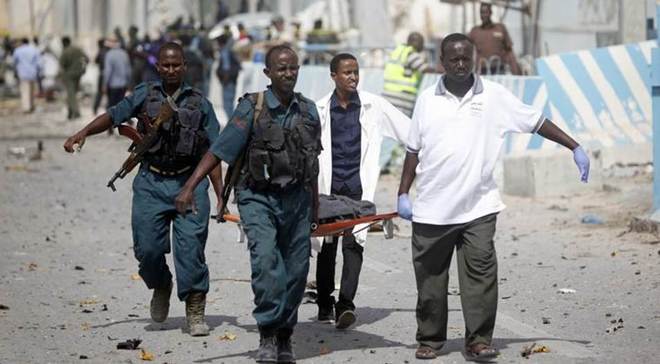 Mogadishu, Somalia – at least 4 people have been killed in a bomb blast outside restaurant in the Somali capital of Mogadishu on Tuesday, Garowe online reports.

The bomb exploded outside restaurant frequented by city taxmen. Senior Police official Farah Husain have confirmed to GO that explosion killed 4 people and injured others. “A woman and her daughter and two other men died in the blast targeting a restaurant located in the Drug sector of Bakara market” said the official.

The explosion occurred Tuesday while security measures in the capital have been beefed up, leaders from the Somali Federal government and regional administrations are attending NLF Conference on Somali election.

Somalia is also preparing to host the 53rd summit of Intra-governmental Authority on Development (IGAD) this weekend in the capital Mogadishu, regional leaders are expected to attend the summit.