Somalia: Farole withdraws from the presidential race, citing interference in the Somali election 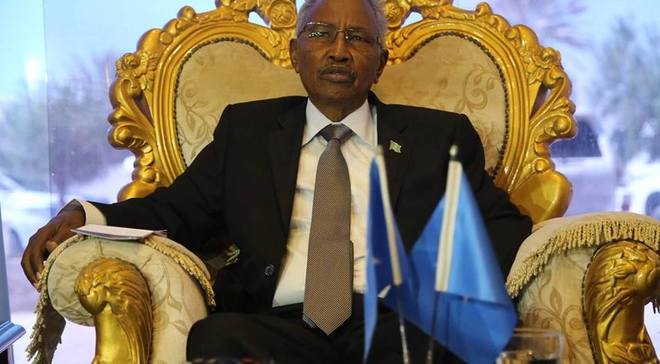 During a press conference in Mogadishu, Farole noted that he drop out form the competition over continuous interference in the Somali election and urged fellow opposition presidential candidates to unite for the interest of Somali people.

“Since they are many presidential candidates, I suggest to change it, and today I decided to withdraw before tomorrow’s election, and I recommended to the opposition team from Coalition for Change party to cut down their candidates so that MPs can cast their votes among fewer candidates,” said Farole.

He later urged MPs and Senators of the Federal Parliament to avoid favoring candidates based on clan preference or personal gains but to elect a President who will work for the interest of the country and Somali citizens.

Farole criticized the National Leadership Forum-comprised of leaders of the Somali government and regional administrations- for their role in the manipulation of the Somali election, which was marred by corruption and fraud.

He also criticized regional leaders including Puntland President, and accused them of abandoning their responsibilities to campaign for ally candidates in Mogadishu for personal interests amid ongoing drought and insecurity in the region.

Farole later expressed gratitude to Banadir region administration and people in the capital for welcoming him during his visit in Mogadishu, and called the people to work for the unity and development of Somalia.

Somalia is preparing to hold the much-awaited presidential election on Wednesday, following delays to conclude the electoral process in 2016, however, about 22 candidates are competing for the presidency, as new MPs and Senators will cast votes among them to elect a new President on February 8.