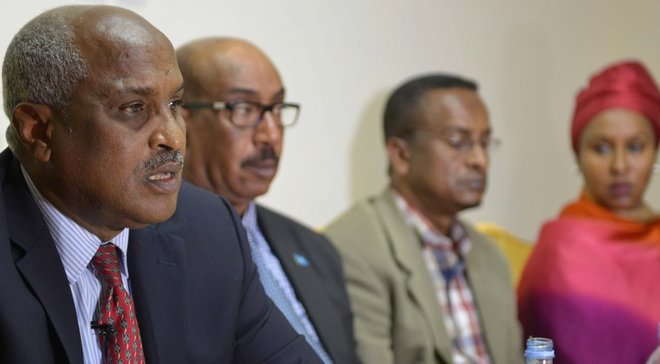 FIEIT announced that the candidates list for some regional states don’t correspond to previous agreement by Somali leaders on election roadmap.

Puntland, Galmudug and Jubaland were called to amend their list of candidates in accordance to National Leadership Forum (NLF) communiqués to grant women 30-percenet quota.

On the other hand, FIEIT has commended Somalia’s Southwest state for reserving women quota in their list of candidates.

The decision comes following raised concerns by UN and women’s group on the failure of state leaders to honor previous agreement intended to ensure women participation in the ongoing electoral process.

Analysts tell GO that the lingering obstacles surrounding the electoral process is orchestrated by Somali leaders to further delay the parliamentary and presidential election that was earlier extended to November 30.

Leaders of Somali government-term ended in September 10- and regional states are meeting in the capital Mogadishu, to resume talks on major issues hindering the electoral process.