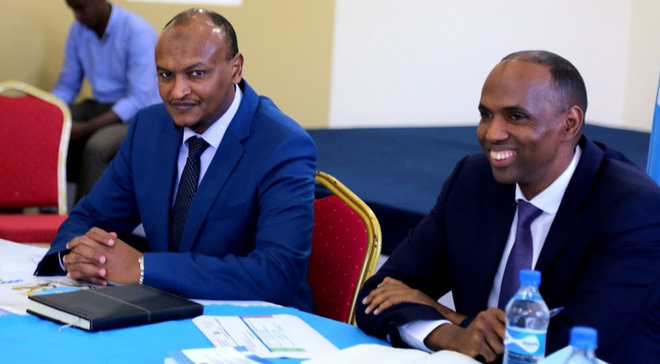 The Prime Minister of Somalia, Hassan Ali Khaire has called for an emergency cabinet meeting, to discuss the recent extradition of Qalbi Dhagah, which has sparked a widespread public outrage.

The ONLF rebel leader was plotting insecurity acts in the country, in collaboration with the Al Qaeda-affiliated Al shabaab group, according to a statement released by the cabinet following the session.

During the extraordinary meeting, the council of Ministers focused on other issues, including the country’s security situation and the existing bilateral agreements between Somalia and Ethiopia.

The Council has received a copy of agreements between former Federal government and Ethiopia in June 7, 2015, which was signed by former State Minister for Presidency, Mahad Mohamed Salad.

The agreement fully recognizes the armed groups, including Al Shabaab and ONLF as terror organizations posing threat to the security of Somalia and Ethiopia, the statement read.

Somalia and Ethiopia also have agreed in May 2, 2016 to cooperate in the fight against the anti-peace elements and terrorism, in a bid to ensure the security and stability of the two nighbouring countries. The agreement was signed for Somali by ex Interior Minister, Abdikarim Hussein Guled.