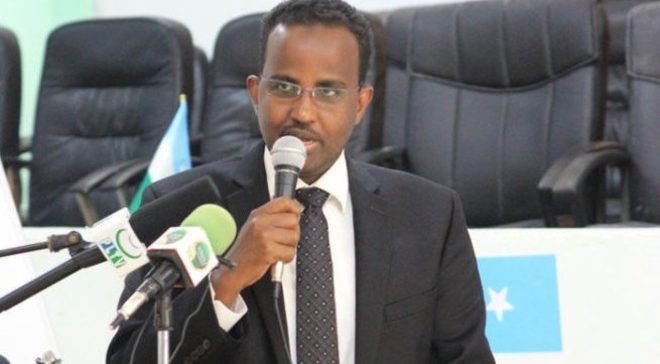 MOGADISHU, Somalia – The Federal Government of Somalia is facing a backlash over its attempts to interfere with the upcoming parliamentary and presidential elections in Galmudug state, Garowe Online reports.

Two of the leading presidential candidates, Abdirahman Odowa and Kamal Gutale jointly released a statement expressing their opposition to a technical committee by the country’s Interior Ministry to spearhead the process.

They rejected the 13-member committee as “unconstitutional” as the list contains civil servants and individuals that closely work with their opponent in the much-awaited forthcoming regional elections.

The Chief Minister of Galmudug and the head of Somalia’s most powerful Sufi sect, Sheikh Mohamed Shakir also strongly opposed the technical committee, accusing the government in Mogadishu of violating the earlier agreement.

Shakir said the decision to form the election body was not consulted with stakeholders and is contrary to an agreement reached by the two sides in July this year and thus will not recognize the committee members.

Odow who served formerly as Interior minister and current MP is running for the regional presidency will face tough competition from candidates, including Ahmed Abdi [Qoor-Qoor], a government-backed aspirant.

Notably, Qoor Qoor is currently the Deputy Minister for Public Works and Reconstruction.

Although no official date has been set for the general election, candidates already began to pour into the central Dhusamareb city, the seat of Galmudug, where is expected to take place the vote.

This comes amid growing calls on Villa Somalia to provide a conducive environment for a free, fair and transparent vote in the regional state that the result is not contentious and is accepted widely.

The Federal Government of Somalia has been facing criticism of meddling in the regional elections, including South-West State which marred by bloodshed resulted from the arrest of a candidate, vote-buying and corruption.