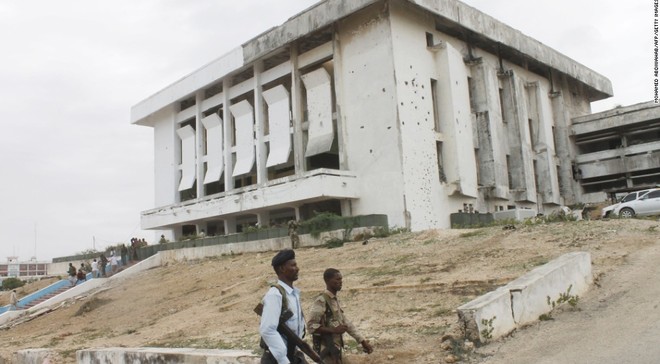 MOGADISHU, Somalia- A member of Somalia's Federal Parliament has survived an assassination attempt when a landmine blast targeted his vehicle in the capital Mogadishu, Garowe Online reports.

Mohamed Abukate, two of his body-guards and a civilian were wounded in the attack which took place in Taleh area in Mogadishu's Hodon district on Friday night at around 7:30 p.m. local time.

Capt Mohamed Hussein, a Somali Police officer said the MP's car was targeted with a remote controlled roadside bomb near his residence.

So far, no group has claimed the responsibility for the bomb attack, however, the Police authorities believe the Al Qaida-affiliated terrorist group Al-Shabaab is behind the failed assassination attempt against the MP.

In the aftermath of the blast, Somali security forces have put the area on lockdown, launching an investigation and a manhunt mission to capture the suspects, according to the eyewitnesses.

In the past few weeks, al-Shabaab has waged several terrorist attacks against government officials in the capital and assassinated several security officers and elders who participated in the past parliamentary election that selected the new Federal lawmakers. .