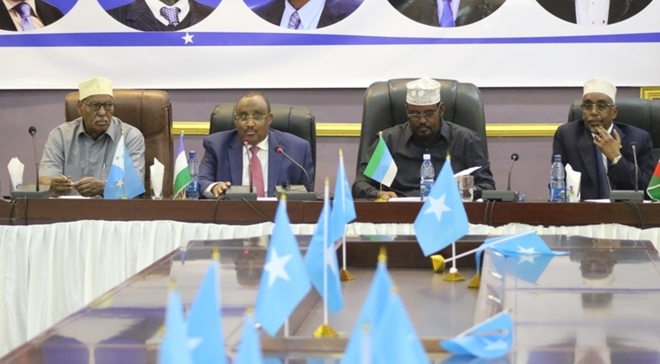 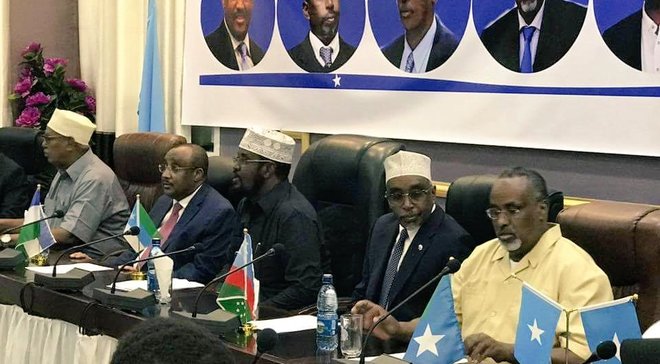 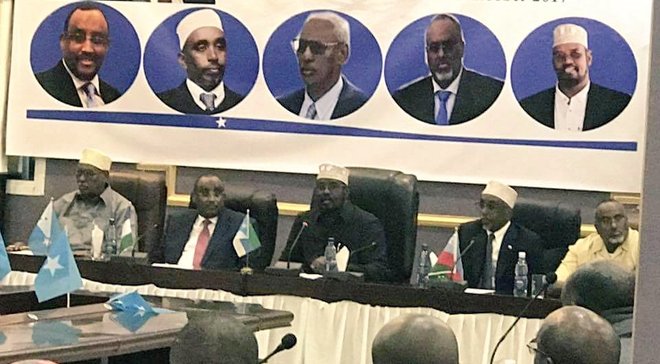 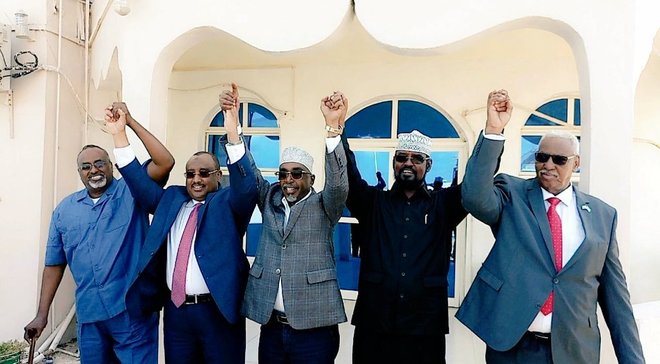 KISMAYO, Somalia - The leaders of Somalia's Federal Member States wrapped up a two-day crucial conference in the southern coastal city of Kismayo with a 16-point communiqué, Garowe Online reports.

During the meeting, the Presidents of Puntland, Galmudug, HirShabelle, Southwest, and Jubbaland discussed on ways to boost regional states cooperation, Security, Politics, Federalism, and reconciliation.

Somali regional leaders formed an umbrella and elected Puntland President, Abdiweli Mohamed Ali "Gaas" as the first chairman of the council, while HirShabelle leader Mohamed Abdi Waare as his deputy.

The council is tasked with working on the interests of the states and a social reconciliation that will lead to achieve a stable nation and find a lasting solution for the conflict-riddled horn of Africa country.

According to the statement, the Federal Government of Somalia has been urged to come up with a new political strategy based on cooperation, since the Federal states are now controlling 90% of the country.

The leaders also called on the central government to make proper consultation with them on the issues affecting their regional states and solve disputes in a way regarding the public’s interest.

Galmudug political tension was among the issues on the agenda. The heads of states have called for an immediate end to the standoff through peaceful dialogue led by its top leadership, without intervention.

They encouraged to resume talks between Galmudug and Ahlu Sunna.

The leaders have expressed concern over the Federalism process in Somalia and added that the Federal government is working on plans aimed at derailing the country's resource sharing and the foreign aid.

The communiqué demands a temporary suspension of all efforts on the constitutional review process by the Federal Ministry of the constitution until a comprehensive agreement is reached on resource sharing.

The Council talked about the 2020 election, financial assistance from International Partners,  Security, saying the current political crises in the country could lead to slow in the fight against militant groups.

It called for a new security strategy to restore peace and stability in Somalia.