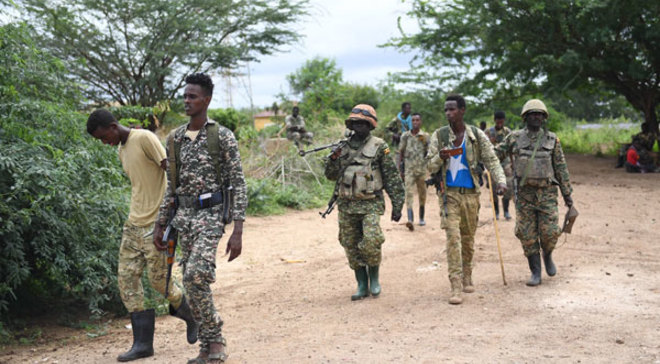 A resident confirmed to Garowe Online that the US-trained Somali Special Forces “Danab” rolled into Awdhegle, about 75 kilometers northwest of the capital without encountering resistance from the extremists.

Awdhegle is on the main supply road for African Union troops in southern Somalia. Al-Shabab held the town for several years and used as a base to launch attacks in the conflict-riddled Lower Shabelle region.

Recently, Al-Shabab fighters been leaving bases in the key province, attributing the intensification of US airstrikes and ground offenses by Somali army backed by AMISOM – African Union mission in Somalia.

Last April, the allied troops liberated the strategic bridge town of Sabiid and three other areas, including Anole and Bariire, all situated outside Mogadishu from the control of insurgents, the first territorial gains in 2019.

Al-Shabab continues to occupy large parts of southern and central Somalia, despite little military defeat on the ground, and the group still capable to carry out high-profile attacks in Mogadishu and elsewhere.

Somali forces are preparing to take over full security responsibility from the withdrawing 22,000 AU soldiers the next year as the Horn of Africa country hopes to hold one person, one vote polls in 2020/21.