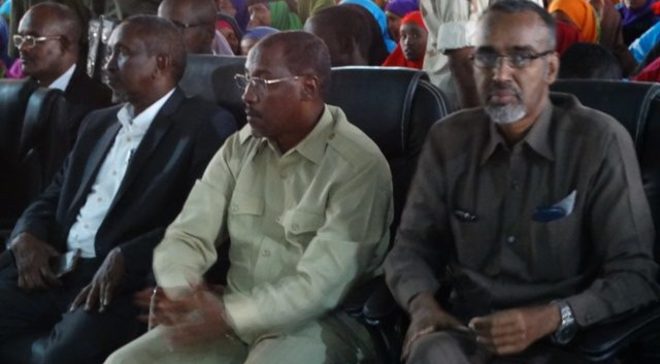 ADADO, Somalia- Forces from the interim Galmudug administration are reported to have blocked the state’s lawmakers from conducting a parliamentary session in Adado town on Saturday morning, Garowe Online reports.

The regional forces locked down the hall, where the MPs were expected to hold their 4th session to debate a pending no confidence motion against Galmudug state President Abdikarim Hussein Guled.

Hared Ali Hared, the deputy Speaker of Galmudug Parliament has accused Vice President Mohamed Hashi Arabey of ordering the troops to deny the lawmakers from access to their meeting hall in Adado.

"The legislators were stopped to participate their fourth session by the Presidential security guards under the order of Galmudug Vice President Mohamed Hashi Arabey," said Hared.

He said the regional lawmakers missed several sessions to impeach the top leaders, including President Guled during the parliamentary polls in Galmudug region in the past couple of months.