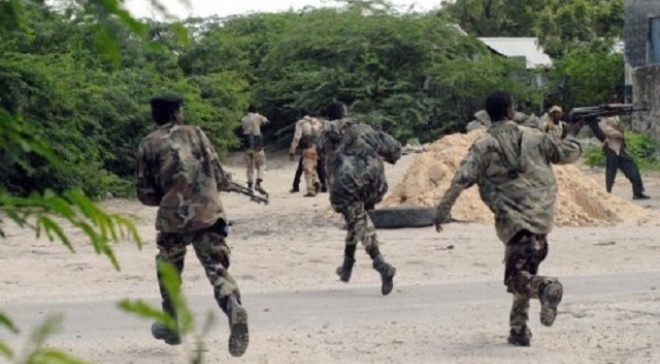 Sources confirmed that at least seven people were killed, and a dozen other wounded in Tuesday's clashes which erupted in Adaley locality, located about 5 kilometers away from Amara district.

The battle broke out after Galmudug forces moved from Amara area, and were heading to the rebel-held coastal town of Harardere, but came under ambush attack by armed Al Shabaab fighters, according to local residents.

The resident who spoke on condition of anonymity, told GO over the phone that Galmudug troops retreated to Amare town after deadly fighting against Al Shabaab militants who showed stiff resistance.

The latest reports reaching GO from the battle area indicated that US drones are hovering over areas held by Al Shabaab in Mudug region, and no air strike was so far reported.

Galmudug Security Minister Osman Isse Nur Tardhuled said their troops are slowly advancing to rebel positions in Mudug region, including Harardere, which has been under Al Shabaab control in the past 8 years.