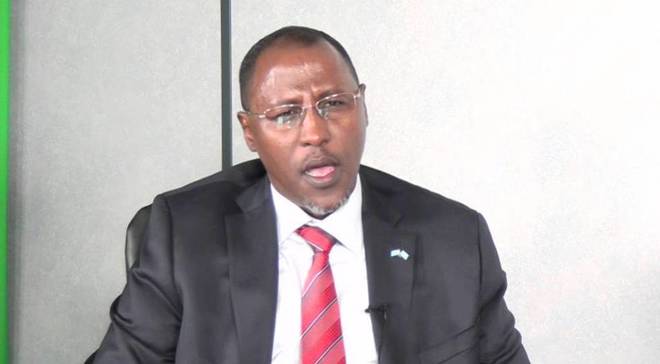 Guled reacted to the outcome of recently-concluded National Leadership Forum (NLF) in Mogadishu, expressing his opposition to an additional two seats given to Puntland in the Upper House.

“I want to speak about the political situation in the country. The country is in electoral transition and Galmudug has been active member in national leadership forums,” said Guled.”We are not in favor of the decision to give Puntland two more seats in the Upper House.”

He called for even distribution of seats to all member states, given a lot of effort his administration continues to lend to the electoral transition.

During political talks in Mogadishu, an additional two seats were planned to be added in a move increasing members of Upper House from 54 to 58. Somaliland and Puntland would have two more representatives each.

Galmudug leader also bashed UN-backed national government in Mogadisu for not consulting with his administration on the deployment of US-trained lightning units in Galkayo.