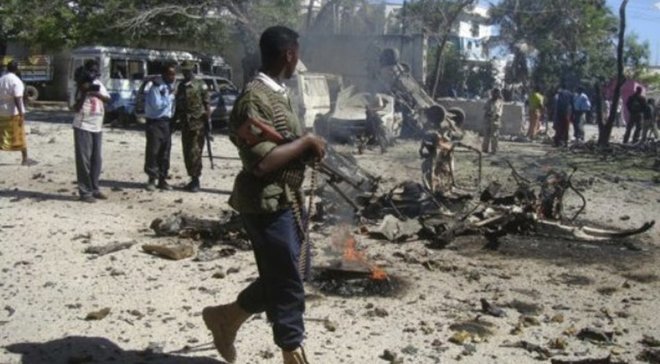 MOGADISHU, Somalia- A powerful car bomb has killed a local government official in Mogadishu on Tuesday morning, the second attack in the capital in the past two days, Garowe Online reports.

The official who was identified as Abdirahman Aflershe died in a bomb planted under his car's seat which exploded in Weberi district in Mogadishu during morning rush hours local time.

“A magnetic IED attached to a small vehicle went off at former UNICEF compound in Waberi district, and left a man said to be a local government official dead," said a witness at the scene.

In the aftermath of the attack, Somali security forces have immediately sealed off the explosion scene while the wounded were rushed to a nearby hospital by local ambulances, witness added.

No group has yet claimed responsibility for the car bomb, which was the latest in a string of attacks in the capital since the election of the new President Mohamed Abdullahi Farmajo in February 8.

On Monday, a car packed with explosives was detonated near a security checkpoint at Ex-control junction located on the main highway linking Mogadishu to Afgoye district in Lower Shabelle region. At least 5 Somali security personnel were wounded in the attack, which claimed by Al Shabaab militant group.