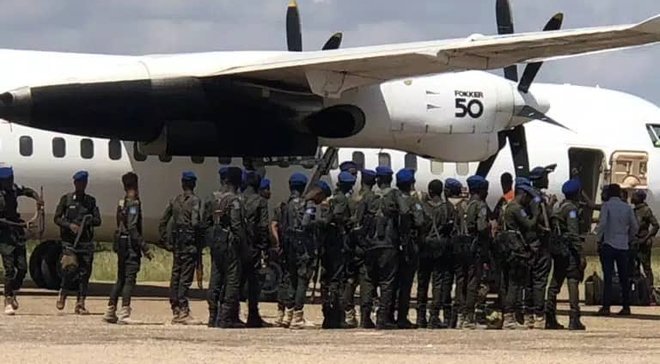 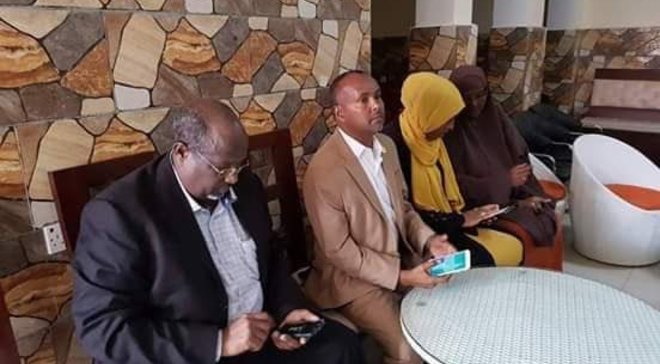 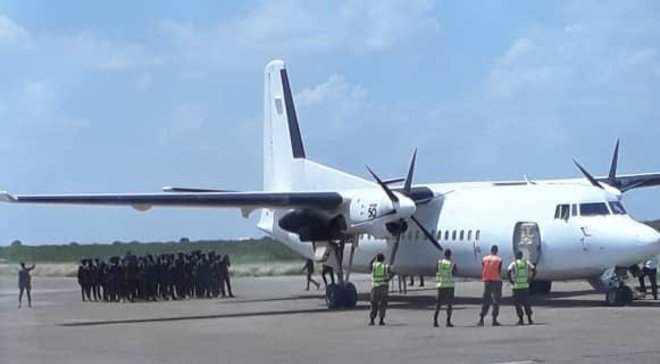 BAIDOA, Somalia - The Federal Government of Somalia has dispatched security personnel to Baidoa city on Friday ahead of the Presidential election in Southwest state on December 5, Garowe Online reports.

A cargo plane with at least 100 armed soldiers which flew from Mogadishu on Friday, Nov. 30 landed at the city's Shati-Gadud airport, casting doubt on the region’s hopes for holding 'free and fair' election.

The election was marred by allegations of manipulations by the Government in Mogadishu which is said to be backing some candidates competing against ex-Al-Shabab deputy leader, Mukhtar Robow.

The events unfolding in the last few days, including the deployment of the troops, weapons and battle-wagons, ahead of the upcoming presidential election raised fears of violence and protests in the city.

In addition, Federal lawmakers, including former parliament speaker, Aden Madobe have condemned the deployment of the forces as “political stunt” aimed at influencing and hijacking the election.

Speaking at a press conference in Baidoa, the MPs urged the Somali government to immediately withdraw the troops from the city, saying their precedence would cause "grave damage" to the state security.

The regional poll agency cleared Robow to run of president albeit a recent statement by the central government which disqualified him from the election run, citing U.S. sanctions still placed on him.

He ignored the pressure and has since continued his election campaigns unhindered, enjoying significant support from locals which seemingly emboldened him to continue his bid to contest for public office.

In the latest bombshell to hit the presidential election, Electoral Commission chief and other members resigned en masse early this month, blaming Mogadishu for interference to manipulate the outcome.

Among the candidates is Abdiaziz Laftagaren, who is reported to be the favourite candidate for the Somali government. He resigned from his post as the energy and water minister.

The election which was postponed twice in the past [17th and 20th November] is scheduled to take place on December 5, just four days from today.