Somalia: Hassan Sheikh to take over power on Monday in peaceful transition 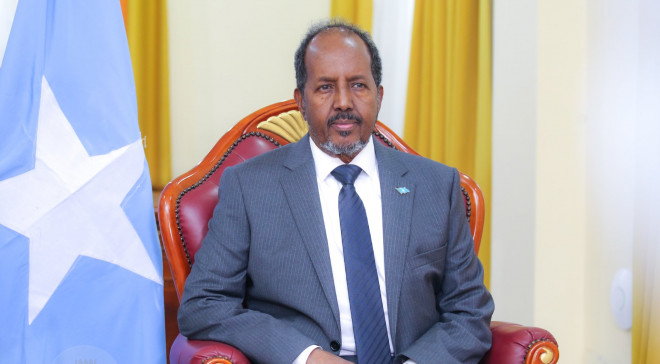 MOGADISHU, Somalia - Despite internal challenges in the country, Somalia will yet again experience a peaceful transition on Monday when Hassan Sheikh Mohamud formally takes over from Mohamed Abdullahi Farmajo, who has been in charge for the last five years.

Farmajo lost to Hassan Sheikh Mohamud in Somalia's hotly contested presidential election, which attracted 36 candidates, the highest number in the history of the Horn of Africa nation. Somalia's elections were delayed due to internal wrangles.

At Villa Somalia on Saturday, Mohamed Abdullahi Mohamed better known as Farmajo took new president Hassan Sheikh Mohamud around the presidential office ahead of Monday's change of guard in the Horn of Africa nation which is battling instability.

During the elections, Hassan Sheikh Mohamud managed 214 votes to Farmajo's 110 votes in the third round where a simple majority was to take the course. There were fears that Farmajo could rig himself in but a determined opposition managed to gang up against him.

At the end of the process, the newly-elected President pledged to work toward peace. He has earmarked revival of the dwindling economic fortunes and security challenges as his priority issues once he takes over on Monday.

"Let us think about tomorrow, not yesterday and what happened. I will work on a brilliant tomorrow and a beautiful future for the sake of my people to live with dignity in the world. I will implement my motto: Somalia at peace with itself and with the world," Mohamud said in his victory speech.

"I want to welcome and congratulate the new President my brother Hassan Sheikh Mohamud, we pray for the almighty to help him in this difficult task, it is not an easy task and we are very ready to closely cooperate and work with him," he said.

Somalia has seen 22 years of peaceful transitions of power since the ouster of the former military regime in 1991. This has seen six presidents take over leadership with Hassan Sheikh Mohamud being the only one to win for the second time the country's coveted seat, which attracts vicious competition.