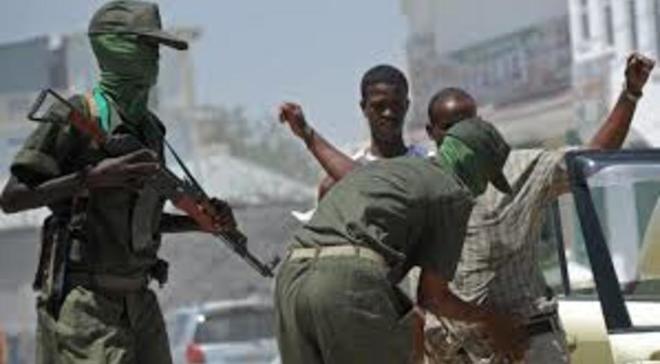 Witnesses said heavy gunfire broke out between government security forces and the gunmen at a Khat market after resisting to be disarmed on Tuesday evening, resulting to the arrest of Mahad Doolar.

"The Somali security forces encountered a resistance from gunmen loyal to Mahad Doolar as they were on mission to apprehend assailants who shot dead an electoral delegate in the area," said the witness.

The slain delegate whose name was identified only as Madaheey has been killed by gunmen believed to be al-Shabaab assassins, who fled the crime scene shortly before the arrival of the Police authorities.

The newly formed joint forces have stepped up their disarmament operations across the capital, targeting armed militiamen under the government authorized Mogadishu stabilization mission.

The Federal government of Somalia said the move is aimed at eradicating all illegal arms in Mogadishu that posing security threat to the city’s stability.

There is heavy presence of security forces in the main Mogadishu streets, searching public vehicles for al-Shabaab elements trying to sneak into the city and carry out attacks during this holy Month of Ramadan.