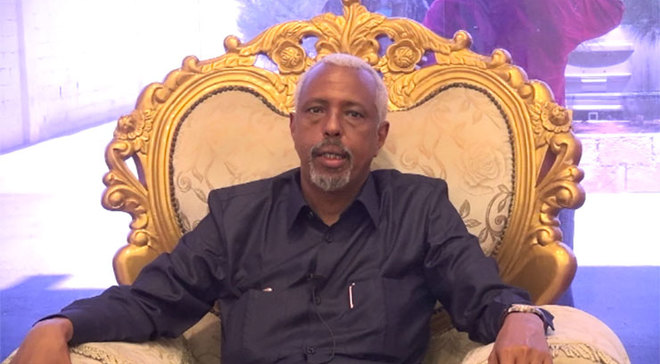 JOWHAR, Somalia - President of Somalia's southern semi-autonomous region of Hirshabelle, Ali Abdullahi Osoble has been ousted after a vote of no confidence on Monday, Garowe Online reports.

The vote of no-confidence against President Osoble received support of 68 out of the 76 members attended Monday's Parliament session, six rejected, whereas two abstained from voting, according to Anab Ahmed Isse, the second deputy speaker of the state assembly.

The dismissal of the President came after Seventy-two lawmakers of Hirshabelle Parliament have filed a motion against the President on Sunday, accusing him violation of the constitution and incompetence.

Osoble was elected in October 17, 2016 as the first President of Hirshabelle state by the regional lawmakers, following an election in Jowhar, the interim administrative capital of the Somali Federal state.

On Sunday, 13 ministers, including deputy ministers have resigned from their ministerial positions, alleging the president lack of ample collaboration with the cabinet and the Parliament since taking power.