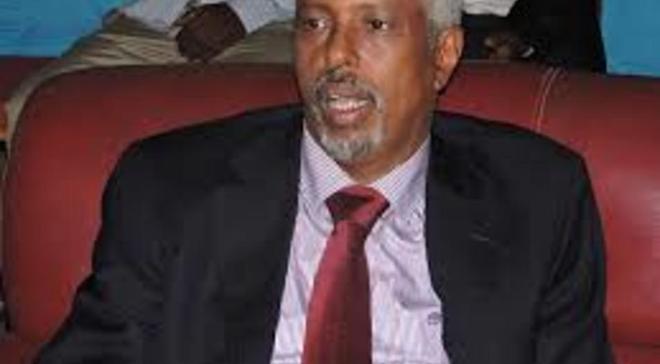 President Osoble who departed from the Somali capital of Mogadishu, is expected to hold meetings with clan elders of Hiiran region who strongly opposing the formation process of the new state “Hirshabelle”.

Osoble and his delegate were welcomed at Beledwayne airport by local administration’s officials, Somali Army and Djibouti officials serving under the AMISOM in Hiiran region. Later Osoble held private meetings with a prominent clan elder at his residence in Beledwayne.

Close sources tell GO that President Osoble was advised by caretaker President Hasan Shaikh Mahmoud during their meetings in Mogadishu on Wednesday, to include key politicians and clan leaders of Hiiran region in the formation process of his administration.

He was also advised to build rapport with Hiiran’s clan chief and persuade him to participate in the inauguration event for Osoble as the new president of Hirshabelle state in Saturday.

On the other hand, President Osoble held talks with diplomats and UN envoy to Somalia, Micheal Keating, which mainly focused on the Upper House nominations, reconciliation efforts and the support of his new administration.

This comes amid intense political jockeying from President Hassan Sheikh Mohamud to establish a state administration for Hiiran and Middle Shabelle regions before the upcoming presidential election, which is believed it’s aimed to interfere in the selection process of parliamentarians-Upper and Lower Houses- to shore up support for his presidential campaign.

International community has early supported the establishment of Somalia’s last Federal member state “Hirshabelle”, but missed to acknowledge the concerns of political interference exerted over the selection process of parliamentarians for the Upper and Lower Houses in the region.