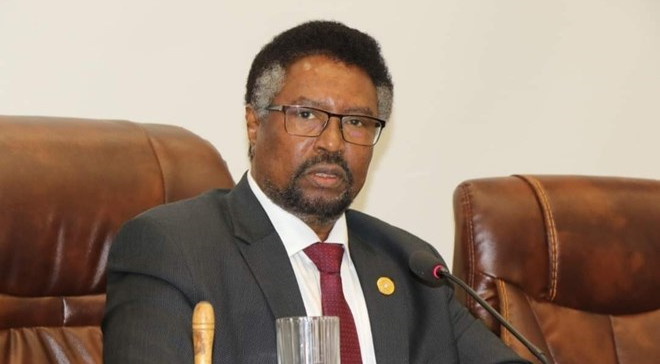 MOGADISHU, Somalia - The speaker of the Lower House Mohamed Mursal has ruled out talks of term extension during President Mohamed Abdullahi Farmajo’s address this afternoon, in what could shape the future of Somali politics in coming months, following a pre-election stalemate.

While reacting to reports that Farmajo is keen on seeking term extension from parliament, Mursal said such claims were not part of Saturday's agenda, where the President addressed the house, whose term has also expired.

The president returned from Dhasuamareb on Saturday morning after electoral talks with Federal Member State leaders collapsed, in what is seen as desperate attempts to revive the talks, following pressure from the international community.

He briefed the lawmakers on the situation of the country and the way forward on the electoral disputes. This was the first time Farmajo was addressing the house this year, just moments before the much-anticipated elections.

Farmajo was expected to present a joint agreement to the House for approval but returned empty-handed. Earlier in the sitting, before the president arrived, Mursal asked Senators to leave noting Saturday’s session was for Lower House MPs only.

The term of the president lapses on February 8 in line with the dictates of the constitution. It's not clear what will happen after that given that President Farmajo is at loggerheads with the opposition team over the upcoming polls.