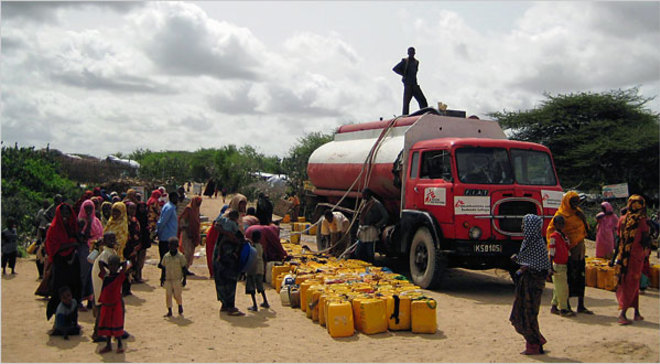 Two men armed with pistols killed Hussein Ilyes Madobe, one of the Red Cross local staffers in Bardhere town near his house at Bulo Leysan nighbourhood, according to Police Col Mohamud Guhad Tima-jilac.

Late Madobe was shot dead in the town centre last night in what appeared to be a targeted attack, said Jima-jilac. The killers have managed to escape the scene before the arrival of the local Somali security forces.

"Immediately, the gunmen fled away from the area before police and intelligence forces arrived to carry out investigations into the murder," said a witness, speaking on condition of anonymity to GO over the phone.

He was also staffer working for Somtel Telecom company, according to eyewitness.

No group has yet claimed responsibility for the killing. The motive of the murder is still unclear, however, Police say they are probing into the incident.

Though Al-Shabaab was pushed out of key towns in south and central Somalia in the past 5 years, the Al Qaida-affiliated group has been able to carry out assassinations, and hit high-profile targets in Mogadishu.