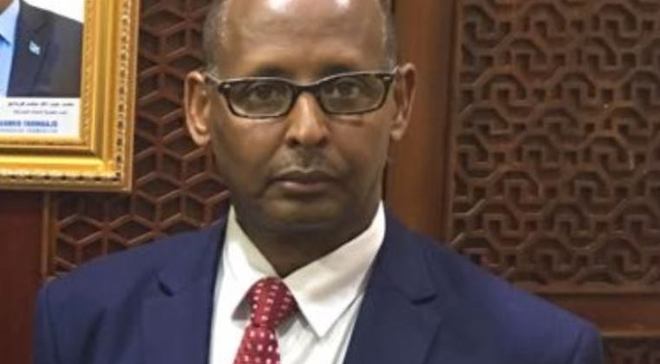 BAIDOA, Somalia - The chief of Somalia's Intelligence and Security Agency [NISA], Hussein Osman Hussein has resigned on Saturday to vie for the presidency ahead of Southwest region’s election in November 2018, Garowe Online reports.

"The director of NISA Hussein Osman Hussein has stepped down today, Oct. 13, 2018, over personal reasons and has tendered his resignation to the President the Federal Republic of Somalia," NISA said.

Hussein who has been in office since last February expected to announce his candidacy for president of the region and will compete against an incumbent leader, Sharif Hassan who is seeking for a reelection.

Sources tell Garowe Online that the immediate former NISA boss is receiving support from the top leaders of Somalia's Federal Government in Mogadishu, which assured him will return to his post, in case fails for his bid.

Among the candidates is former Al-Shabab deputy leader and spokesman, Mukhtar Robow, who recently declared that he is running for state's presidency despite disqualification by Villa Somalia.

In the past few days, the resigned Intelligence boss has been in Baidoa city on a mission to convince Robow to withdraw his candidacy after the country's ministry of security barred him from running for public office because of U.S. and UN sanctions.