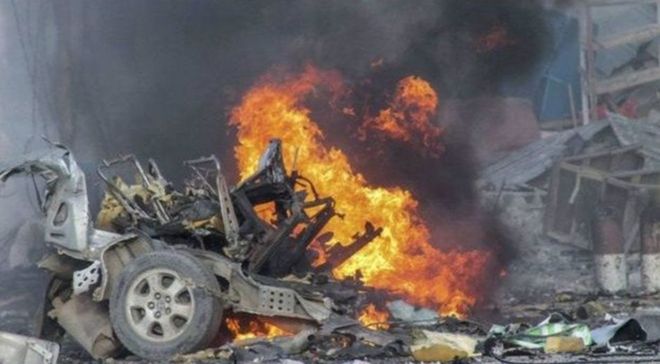 MOGADISHU, Somalia- A senior Somali intelligence officer was injured in a car bomb explosion in Mogadishu on Sunday evening, the latest in series of attacks in the capital, Garowe Online reports.

An eyewitness confirmed to GO that a bomb fitted into a car went off outside the busy Makka Al-Mukarama street, wounding the official, who is identified as Abdulkadir Dinih.

The official was driving his car on Makka Al-Mukarama road before the bomb exploded in the evening. Police and security forces reached the scene later to investigate and pursue the suspects.

The wounded Intelligence was taken to a nearby hospital, where he currently being treated.

The blast is the second of its kind in the capital within a week. Last Friday, a bomb planted under car seat has wounded the senior official of Horseed University, Abdikarim Sheikh Mohamed in Taleh area in Mogadishu.

No group has so far claimed responsibility for the car bombs, however, al-Shabaab which aims to oust the UN-backed Federal government of Somalia has carried out similar attacks in Mogadishu in the past months.