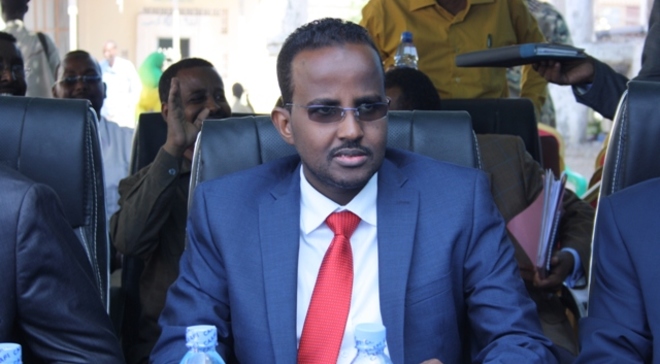 He has pressured Galmudug leader Abdikarin Hussein Guled into fresh endeavors aiming at end to the standing differences between both sides.

“Mr. President, we encourage you to give attention to Dhusamareb issue, especially Ahlu SunnaWal Jamea with which we held talks during the formation of [IGA).

We firmly believe that those in Dhusamareb are part of Galmudug people, and they should come to the negotiating table,” said Odawa.

In a jibe at gun-muscle, he asked Ahlu Sunna to resolve every grudge through peaceful means.  Remarks have come after months-long standoff over an inclusive administration in central Somalia.

The paramilitary group refused to join state-formation convention in Adado in mid-2015, and in subsequent opposition, clashed with Galmudug troops in Guri’el.