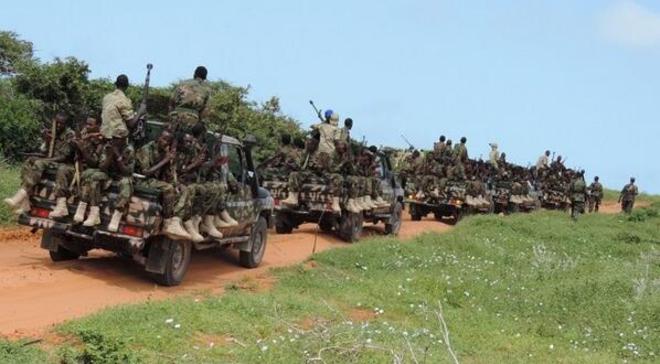 Witnesses and local regional officials from Jubaland confirmed that the allied troops have taken Janay Abdala village in southern Lower Juba region without resistance after al-Shabaab militants withdrew from the area.

"al-Shabaab insurgents fled the area upon receiving a tip off that Jubaland and African Union forces were heading towards the village early in the morning," said a Somali military commander in the area.

al-Shabaab is yet to comment on this latest development, but locals in the village told GO that the fighters warned the residents from welcoming the invading Jubaland and AU forces before their retreat.

The fall of Janay Abdala comes 5 days after Jubaland state President Ahmed Madobe visited troops at the front lines outskirts of Kismayo to boost the morale of his troops battling al-Shabaab group.

The militant group is aiming to overthrow the western-backed Somali Federal government and regional administrations in a bid to install its strict form of laws in the country.