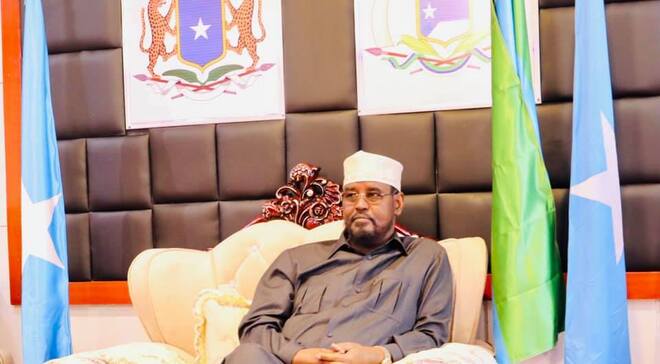 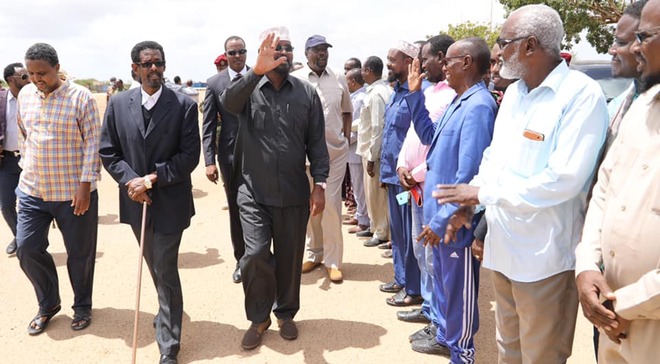 KISMAYO, Somalia - Jubaland President Ahmed Islam Mohamed Madobe has been treated in Kenya's capital Nairobi, his office said on Sunday but did not disclose when he was admitted or what he's been ailing from, something that could further raise questions about his health.

The office said that Madobe was "successfully" treated but could not delve into more details, making it difficult to guess about the situation of his health. While Nairobi is one of his best destinations, he has previously used it as a center for dialogue between his competitors.

According to the officials, Madobe returned to Kismayo, the interim capital of Jubaland but it still remains unclear about his delegation. He's set to resume his presidential duties shortly, officials told the media in the seaport city of Kismayo.

"The president has today [Sunday] returned to Kismayo from Nairobi, where he spent several days for medical treatment," said the statement from the office of Jubaland president.

Ever since he took over in 2013, Madobe, who is a close ally of Kenya due to his cooperation with the Kenya Defense Forces [KDF] troops who have been fighting in Somalia, has been a regular visitor in Nairobi, with his last known traveler being in April where he stayed for a couple of months.

After his stay in April, Madobe, a former Ras Kamboni Brigade commander, announced a truce with his three main rivals, ending almost a one-year standoff that delayed formation of a government after his re-election in August 2019. The competitors had accused him of rigging the election which was disputed by Villa Somalia.

But this month, there were some hopes that he would reconcile with President Mohamed Abdullahi Farmajo, who he has persistently accused of sabotage when they met in Dhusamareb, the regional administrative capital of Galmadug. However, the truce between Kismayo and Mogadishu seemed to delay when Madobe boycotted Dhusamareb III talks.

Last week's talks saw Farmajo settling on an electoral model with three federal leaders and the governor of Banadir region, in the absence of Madobe and Said Abdullahi Deni of Puntland. The two have since termed the agreement "unconstitutional" despite outbursts from the United States of America.

Under the new model, officials said, at least 301 people will participate in picking members of parliament who will in return elect a president later on this year. However, the agreement is subject to approval from the Lower House, which has been previously accused of passing unconstitutional legislation.

Madobe's differences with Farmajo were largely cultivated during his re-election with Kismayo accusing him of "plotting to impose a friendly leader". The standoff degenerated almost into military actions at Gedo where Somali National Army [SNA] forces fought with Jubaland regional forces.

But the fight at Balad-Hawo, which also saw Kenya sucked into the controversy, subsided after the US warned that it could pave way for resurgence of Al-Shabaab within Gedo. Ethiopian National Defense Forces [ENDF] was also accused of triggering the differences within the region.

In an agreement signed in Nairobi, Madobe agreed to form a unity government, something which triggered a response from Mogadishu, which had traditionally capitalized on the differences to promote chaos in Jubaland. Mogadishu insisted that Madobe should hold elections in 2021.

Further, the former commander agreed to leave power in 2023 when his second term expires. Kenya has been monitoring events at Jubaland since it plays as a buffer zone in the fight against Al-Shabaab militants, who have been causing havoc across East Africa.